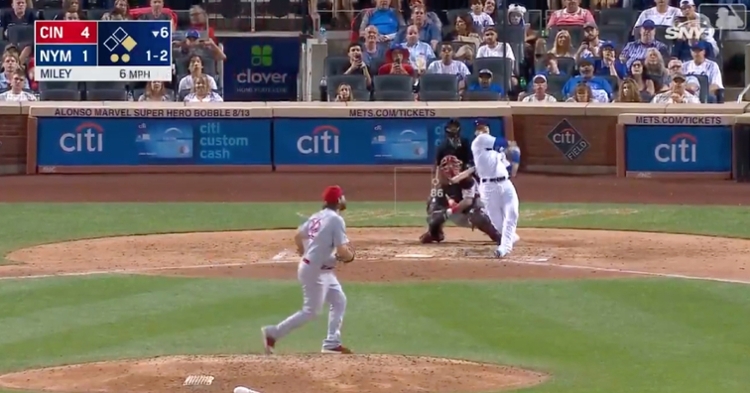 Javier Baez started at shortstop in his Mets debut but is expected to move to second base once Francisco Lindor returns from injury.

The sixth-inning blast at Citi Field came off Cincinnati Reds starter Wade Miley and plated first baseman Pete Alonso, making the score 4-3 in favor of the Reds. Baez hit the bomb with two outs, sending it out to left field at 104.7 mph and 36 degrees. "El Mago" now has 23 homers and 67 RBIs on the season. The long ball fired up the Citi Field crowd, and Baez's teammate and good friend Francisco Lindor, the Mets' starting shortstop, was ecstatic, as well.