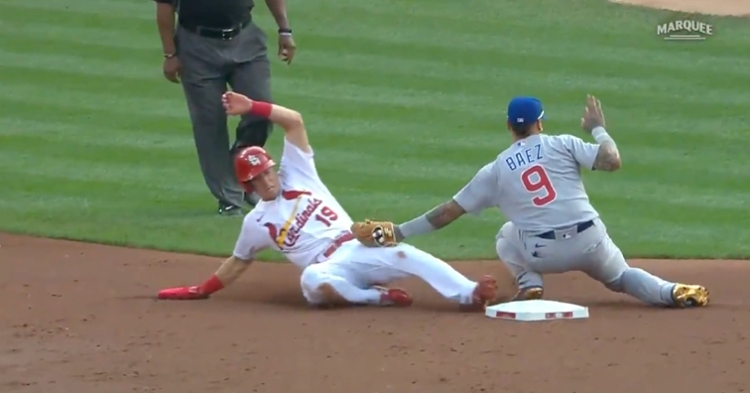 Javier Baez did not even need to look at Tommy Edman in order to tag him out at second base.

ST. LOUIS — Reminding St. Louis Cardinals fans of why he is known as "El Mago," Chicago Cubs shortstop Javier Baez applied one of his signature no-look tags at Busch Stadium on Thursday. Second baseman Tommy Edman attempted to steal second base in the bottom of the second inning and was gunned down by catcher Willson Contreras, who tallied his ninth caught stealing of the season.

Baez reached to his left and caught Contreras' throw from behind the plate and proceeded to let Edman slide directly into his glove without even looking at him, thus preventing a runner from reaching scoring position with the Cubs already trailing 1-0. Edman has now been tagged out on a steal attempt four times this year.

You're not that guy, pal, trust me.

You're not that guy. pic.twitter.com/DZ94tzpa4n

El Mago with the tricks ? pic.twitter.com/1IxQPhbsTw