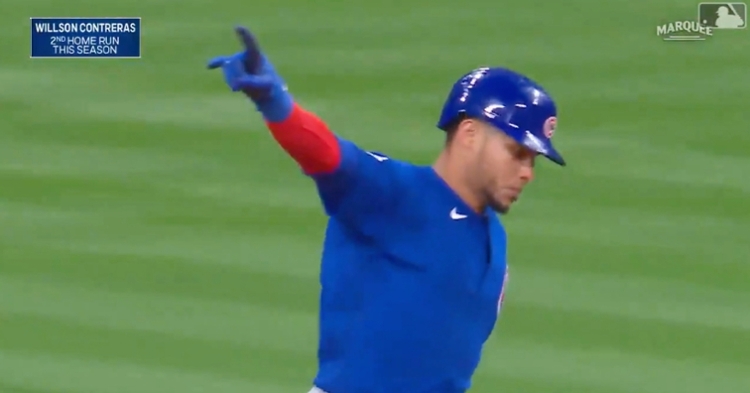 MILWAUKEE — Thus far this season, the storyline between Chicago Cubs catcher Willson Contreras and the Milwaukee Brewers has revolved around Contreras getting hit by pitches thrown by the Brewers. That storyline changed when Contreras smashed a 438-foot jack in the eighth inning of Tuesday's game, giving the Cubs a 3-2 lead over the Brewers.

Contreras got underneath a 87.9-mph fastball thrown by reliever Brent Suter and lifted it out to left at American Family Field. Center fielder Ian Happ singled in the previous at-bat, and Contreras go-ahead jack provided the Cubs with their first lead of the game. Contreras was hit by a pitch earlier in the game and has been plunked several times in recent meetings with the Brewers, so he was understandably fired up after going yard.