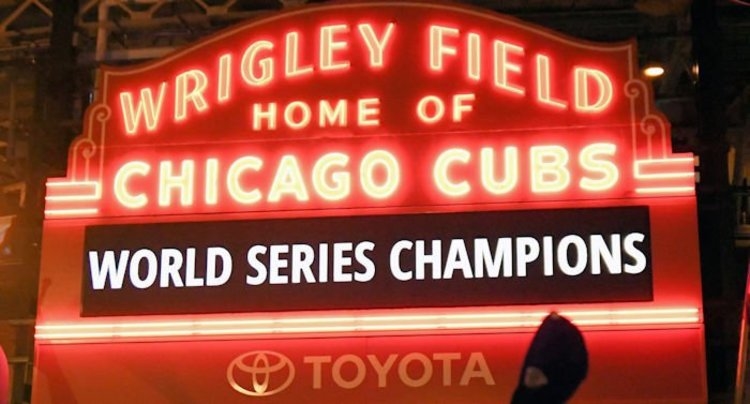 It is no secret among Cubs fans that the 2016 Cubs were the best team in the history of the franchise. While a decent chunk of the core of that championship-winning team remains intact, as years go by, more and more players have gone their separate ways.

While many Cubs fans have spent their quarantined days by watching and reliving the magic of the 2016 Cubs, I assume some have begun to wonder what some of these players are doing now.

Players are listed in alphabetical order.

2016 recap: A year after his historic 2015 run and Cy Young award, Arrieta started 2016 on a hot streak. Arrieta threw a no-hitter and went 18-8, with a 3.10 ERA. In the postseason, Arrieta delivered— including two wins in the World Series.

Where is he now: Following the 2017 season, the Cubs elected to let Arrieta go via free agency to the Phillies, which is where he has spent the past two seasons.

2016 recap: Buchanan appeared in just two games in 2016. Despite him not being a widely remembered name from the historic 2016 season, Buchanan was 1-0 with a 1.50 ERA in his six innings of work.

Where is he now: Buchanan spent 2017 with the Cincinnati Reds and is currently a free agent in the Atlantic League.

Where is he now: Cahill has bounced around the MLB since 2016, playing for the Padres, Royals, A’s and Angels before receiving a non-roster invite to Spring Training with the Giants.

2016 Recap: During his rookie season of 2016, he appeared in five games and notched his first career hit.

Where is he now: Candelario has since been dealt to the Detroit Tigers and emerged as a starting infielder in the MLB.

2016 Recap: At the 2016 trade deadline, the Cubs traded Gleyber Torres to the Yankees to acquire Chapman — to put them over the top as the best team in the league. Chapman saved 16 games down the stretch of the season and pitched some of the most significant innings in Cubs history in 2016. He may have given up the game-tying home run in game seven, but his contributions can not be forgotten.

Where is he now: The Yankees pulled off one of the best deals. They traded Chapman for Torres, and they got Chapman back after where he has remained as one of the best closers in the game.

2016 Recap: Coghlan was a considerable part of the Cubs in 2014-2015 before leaving for the A’s in 2016. Midway through that season, Coghlan was re-acquired by the Cubs. He played 48 games and hit .252 and even had some at-bats and pinch-running appearances in the playoffs.

Where is he now: Out of baseball where he has been since spending the 2017 season with the Toronto Blue Jays.

2016 Recap: Here’s a name that you may not remember, Concepcion only played in three games in his career and all of which were in 2016. He pitched just 2.1 innings and was good for a 3.86 ERA.

Where is he now: Out of baseball, as he has only appeared in three games with the Cubs in 2016 in his major league career.

2016 Recap: Edwards and his rocket for an arm helped the Cubs out of the bullpen immensely in 2016. The string bean slinger even pitched two of the final three outs of game seven of the World Series. In 2016, Edwards appeared in 36 regular-season games and pitched to a 3.75 ERA.

Where is he now: After a bumpy beginning to the 2019 season, and a few trips to and from Iowa — Edwards was traded to the Padres. Ahead of the 2020 season, Edwards became a member of the Seattle Mariners.

Where is he now: Federowicz has continued to bounce around the major leagues, after spending 2019 with the Rangers he did receive an invite to spring training in 2020.

2016 Recap: From the beginning of the season, where he surprised his teammates in spring training to the beginning of the last game of the World Series, where he led off with a home run — he provided a spark to the Cubs all year long. In 2016, Fowler hit .276 with 13 home runs, and he even earned his first career all-star appearance on his way to helping the Cubs win a World Series.

Where is he now: After a big 2016, Fowler left Chicago and signed with the rival St. Louis Cardinals where he has been ever since.

2016 Recap: During the 2016 season, Grimm had a strong season out of the bullpen. The righty appeared in 68 games, won two games and had an ERA of 4.10. Grimm was a stabilizing force in one of the league’s top bullpens.

Where is he now: Grimm has yet to find a permanent home since leaving the Cubs after the 2017 season. Grimm is currently listed as a non-roster invite to the camp of the Milwaukee Brewers.

2016 Recap: Hammel was the oft-forgotten fifth starter of the famous 2016 starting rotation. Hammel won 15 games and dropped only 10, pitching to solid 3.83 ERA. Despite not playing in the 2016 postseason, Hammel was a massive part of the ring winning club.

Where is he now: Hammel spent the 2017-2018 seasons with the Royals but is now out of baseball.

Stay tuned for the next portion of our countdown.