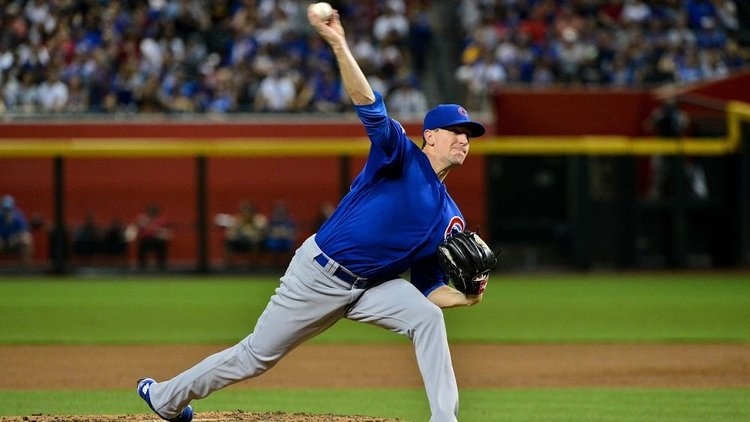 PITTSBURGH — Perfectly encapsulating the dismal late-season collapse of the Chicago Cubs (82-75), the North Siders gave up nine runs to the lowly Pittsburgh Pirates (66-91) in the series opener of a 3-game set at PNC Park on Tuesday, in which Chicago committed a whopping five errors. In a battle of two National League Central teams limping to the finish line, the Buccos, who were on a 9-game losing streak entering the contest, produced a 7-run seventh inning en route to defeating the Cubs, who have now lost seven games in a row, by a final score of 9-2.

With their playoff hopes and dreams hanging by a thread, the Cubs were in desperate need of a victory on Tuesday, and, when Cubs starter Kyle Hendricks took a no-hitter into the bottom of the sixth, it seemed like the Lovable Losers were well on their way to coming out on top in what was essentially a must-win situation. Instead, Hendricks lost his no-hitter in the sixth and lost his edge in the seventh, leading to the Pirates outscoring the Cubs 9-1 following the seventh-inning stretch.

In his 6-inning outing, Hendricks gave up six runs, five of which were earned, on six hits. Four of the Cubs' five errors were suffered with Hendricks on the mound. As a result of their poor defensive effort, the Cubs became just the third team this decade to commit five or more errors in multiple games in the same season, as they also committed five errors during a loss in April. Adding insult to injury, the Cubs were also lackluster at the dish, with Chicago going 1-for-10 with runners in scoring position and leaving 11 men stranded on base.

Making up for the two errors that he was charged with on the evening, Cubs shortstop Nico Hoerner put the Cubs up 1-0 by scoring Jason Heyward from first base with an RBI double hit to right-center field in the top of the fourth. Hoerner went on to plate the only other run scored by the Cubs when he ushered Willson Contreras home with a 2-out RBI base knock in the top of the eighth. The Cubs amassed a decent total of nine hits and four walks but were able to muster a meager two runs, whereas the Pirates converted their 10 hits and one walk into nine runs.

Hendricks dominated the Pirates through the first six innings of play, as he fanned five and also picked off Kevin Newman, who broke up his no-hitter, at first base to end the sixth frame. The right-hander came unglued in the bottom of the seventh, though, by giving up five consecutive hits without recording an out. An RBI single by Colin Moran and a 2-run double from Kevin Kramer placed the Pirates ahead 3-1. Then, Ben Zobrist let a hard-hit ground ball skirt under his glove and into the outfield, and two more baserunners came home as a result of the error.

A pitching change ensued, and, soon afterward, Addison Russell replaced Zobrist at second base for his first in-game action since being activated off the concussion list. Cubs reliever Danny Hultzen toed the rubber after that, and he airmailed a throw into the outfield after fielding a grounder, enabling the Pirates to take a 5-run lead. Next, Adam Frazier increased the Pirates' advantage to six runs with an RBI single. Capping off the late-game surge for the Bucs, Erik Gonzalez went yard with a 2-run blast in the bottom of the eighth that served as his first home run of the season.

Although the 9-2 defeat extended the Cubs' losing streak to a season-high seven games, on the bright side, it ended the Cubs' 5-game stretch of losing by one run. Kyle Schwarber smacked two doubles for the Cubs on the night but was deserted on the basepaths on both occasions. With their elimination number now down to one measly game, the Cubs will have to win all five of their remaining contests and hope that the Milwaukee Brewers (87-70) lose all five of their remaining contests in order to have any shot of reaching the postseason.