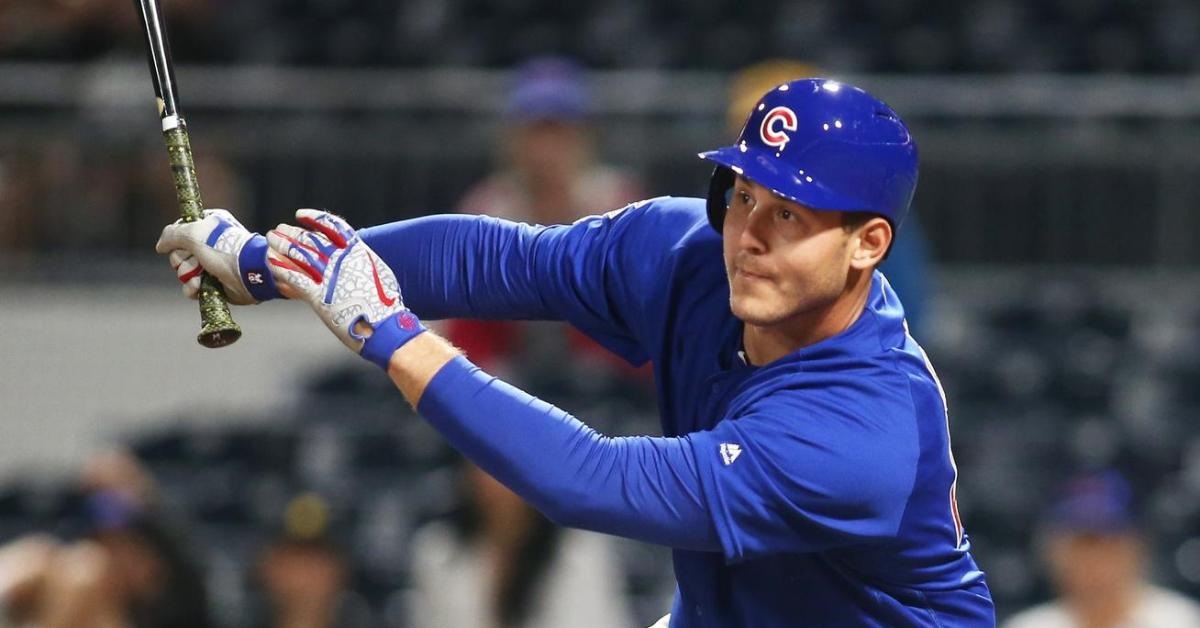 What is it about Cincinnati that gives the Cubs fits? Whether during the regular season or spring training, the Cubs always seem to struggle with the Reds. Yesterday, in the first game of a two-game set being played in Las Vegas, the Cubs (6-10) blew an early 2-0 lead, falling to the Reds (6-7) by a final of 8-5. Cincinnati should be a much better team than they were last year, but an All-Star lineup from David Ross should still be able to beat them.

Colin Rea got himself and his team in trouble fast, walking the first two men he faced, then giving up a single to the next. The Reds would net another pair of runs before David Ross had finally seen enough. I’m reasonably sure that you’ll see Rea’s name on the next cut sheet. Righty Zach hedges would relieve Rea, but wouldn’t fare much better, allowing another run before it ended. Reds up 4-0 early.

The Cubs would rally back in the bottom of the first, courtesy of back-to-back, one-out doubles by Rizzo and Phegley. They’d only get one, but the Reds lead was cut to 4-1.

Hedges would pitch the second, nearly getting creamed by a line drive that came back to the mound. Hedges was struck in the right upper arm but wasn’t injured in what would become a rare 1-2-3 put out.

The Cubs would cut further into the lead, beginning with Noel Cuevas’ leadoff home run to center. Giambrone and Miller hit back to back singles, then Giambrone would score on Bryant’s sac-fly to center. Miller would swap another base (his eighth) then come around to score on Rizzo’s double to the wall in right field. Cubs tie the game at 4-4.

James Norwood would pitch the third, allowing a walk and single but no runs.

With two out and men on first and second in the bottom of the third, Ian Miller cranked a double to left-center, scoring two runs, giving the Cubs their first lead of the afternoon. KB would then double, scoring Miller. Cubs lead 7-4.

Norwood would come back to pitch the fourth. Fortunately, his third wild pitch of the game wouldn’t affect the score—Norwood’s line: 2.0 IP, 1-H, 0-R, 1-BB, 3-K.

The Cubs would add another insurance run on Phegley’s homer to the right at the bottom of the fourth. Cubs now lead 8-4.

Righty Trevor Megill would allow the Reds to draw closer in the fifth, giving up a leadoff homer to Phillip Ervin. Back-to-back, singles would eventually net the Reds another run. The Reds would pull to within two, training 8-6.

Brennen Davis replaced Ian miller in left, while lefty Justin Steele tackled the sixth and seventh innings. Steele would navigate the sixth without issue, but the Reds got to him in the seventh, loading the bases with no one out. David Ross would remove Steele instead of putting the pressure on righty, Jake Stinnett. He’d bean the first batter he faced, allowing the Reds to get closer yet. Stinnett would fan a man, but the Reds would tie it up on the next play, then go up 11-8 on the double he gave up after that.

Caleb Simpson would pitch the eighth for Chicago, keeping the Reds in check.

PJ Higgins’ homer in the bottom of the eighth would bring the Cubs to within two.

Left-hander Wyatt Short pitched the ninth, giving up a walk and a single, but he was able to avoid any further damage. The Cubs would fail to produce in the ninth, sealing their fate for the second time this afternoon.

Next Game: The Cubs will enjoy a much-needed off-day, then return to action on Tuesday at 3:05 PM, when they travel to face the Giants at Scottsdale Stadium.