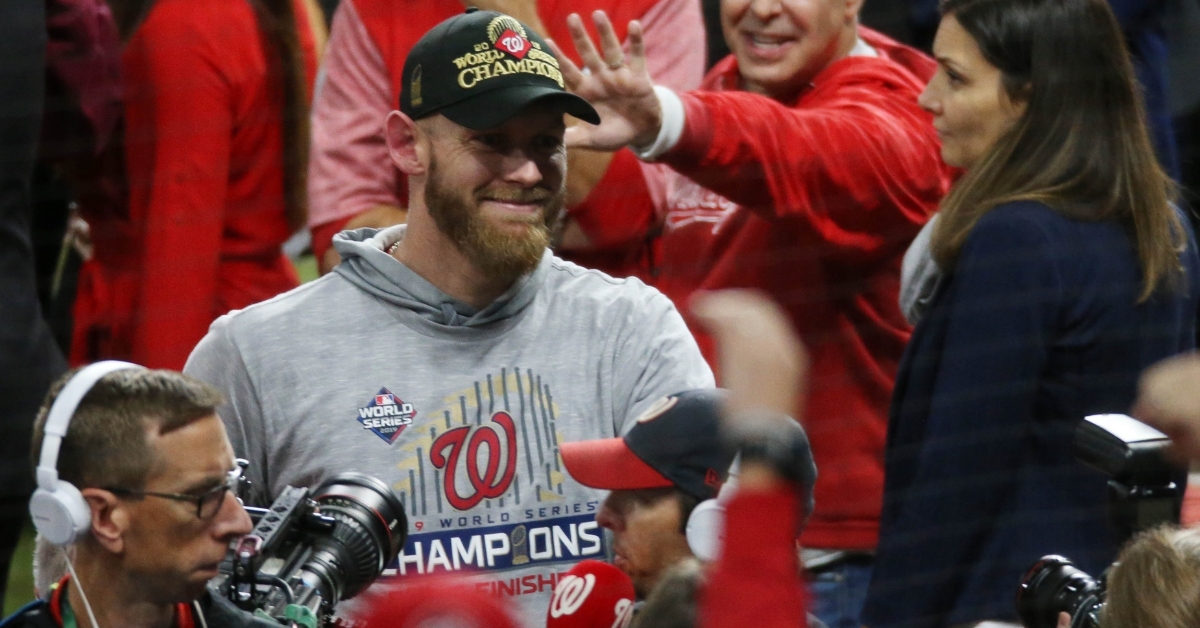 With the baseball season officially over, free agency has now begun as teams and players have begun to exercise their options. For the Cubs, they have picked up a pair of options in Jose Quintana and Anthony Rizzo while letting Derek Holland walk. That is just the start of things for Chicago, as they will have plenty of team options to sort through the next few months.

One of the biggest concerns regarding the Cubs going forward must be the status of the starting rotation. Not only do they pose one of the oldest and slowest in terms of velocity, but with Cole Hamels leaving to test the Free Agent Market one more time, the Cubs are left with a huge hole in the rotation that needs to be filled before next season.

As of now, the Cubs rotation would like this opening day with Yu Darvish earning the No. 1 spot, Kyle Hendricks the No. 2, Jon Lester No.3, and Jose Quintana No. 4. The No. 5 spot will be up for grabs all spring with Alec Mills, Adbert Alzolay, potentially Colin Rea, and Tyler Chatwood as all in house options to fill that spot.

Should the Cubs test free agency which I fully anticipate them doing, then look for everyone to slide back one spot if they pursue an ace or both Lester and Quintana to move down if they aim for a lesser middle of the rotation arm. With plenty of big-name arms on the market this offseason, I expect the Cubs to be busy. The only question is, will they spend or trade for a pitcher. Here are some free-agent pitchers that I think would be good fits for Chicago next season.

By now, we all know the cream of the crop will be both Gerrit Cole and Stephen Strasburg, as both will be looking to get paid this offseason. With Strasburg reportedly looking at a deal somewhere around 175 million, expect Cole to touch 200 as those two are the top names on the pitching market.

Ideally, this is exactly what the Cubs need in their rotation as not only would they be adding a power arm, but an ace they could count on for multiple seasons while they look to develop and replenish the back end in the process. I don’t see the Cubs forking out 25-30 million per season on a starter, so I look for them to add a potential No. 3 starter with a better value.

One name to keep your eye on is Madison Bumgarner. Trade talks surrounded the former lefty ace for the Giants and eventually stayed put this offseason. At 30 years old, Bumgarner comes with tons of playoff experience being known as one of the best elimination game pitchers of all time. However, his arm comes with a lot of mileage, and his stuff is not ace material anymore.

His velocity is down, and hard contact is up, which is something the Cubs are trying to get away from. However, adding him as your No. 3 starter would instantly make your rotation that much deeper, and pitching at Wrigley may be a good thing given his numbers there. I could see the Cubs bringing him in on a three or four year 50 plus million-dollar deal depending on how the market plays out.

With Hamels leaving for free agency, look for the Cubs to focus on lefties early, and no one will come with more hype than former Dodger Hyun-Jin Ryu. The 33-year-old Korean born pitcher struggled to stay healthy his first few seasons in the league before putting it together this season. No pitcher in baseball was better than Ryu the first half of the season as he was flat out nearly unhittable.

One the second half rolled around; Ryu began to struggle a little bit as he reached a career-high in innings. Whether his age began to catch up to him remains to be seen, but at a reasonable price, he would be worth the risk despite more age to an already old rotation.

Another name the Cubs flirted with in 2018 before signing Chatwood is Jake Odorizzi, who just finished his two-year deal with the Twins. Known as an innings eater with the Tampa Bay Rays, Odorizzi pitched will in 2018, but did struggle at times this season as the Twins No. 3 man. That was mostly in part to a ballpark that helped the Twins mash the most home runs in a single season, but Odorizzi has never been anything more than a .500 pitcher for his career.

Pitching at Wrigley Field may be able to change that for him as he has never had the privilege of playing in a park that changes as much as Wrigley Field does. Also, being out of the American League could help him establish himself as a middle of the rotation type of an arm that may come at a similar price of what you paid for in Chatwood.

The one pitcher I would like the Cubs to consider strongly is Zack Wheeler. Yes, I understand his struggles this season and his injury history overall, but he is precisely the type of pitcher this rotation needs going forward. Not only would he be the youngest pitcher on the staff with Hendricks, but Wheeler would provide the Cubs with the power arm they have been looking for since Arrieta left the rotation.

Not only that, but at times, Wheeler has provided ace stuff and will be affordable at less than ace cost. I am sure he will be looking for 20 million a season, but I don’t see him making more than 17 million per year. A 3 year 48-50 million dollar offer from Chicago could get Wheeler here, and they could put him as the team’s number 3 or even NO. 2.

If the Cubs are looking for a low-risk high reward type of pitcher, then look for the Cubs to pursue Wade Miley. After struggling for many seasons, Miley went to Milwaukee in 2018, where he seemed to turn his career around. He then signed a one-year deal with Houston and pitched lights out once again until the final month of the season.

Miley is certainly not going to be an ace of the staff, but with the Cubs, he could fill in anywhere from No. 3 to No. 5, giving the Cubs plenty of options going forward. This season, Miley will be looking for a multi-year deal with a three-year contract as a possibility. Would the Cubs entertain the idea of a two-year deal with a third-year option? Should that be the route they choose, they could offer him like the Jason Hammel contract from 2015 and see how it plays out.

All in all, the Cubs will have plenty of discussions and options regarding the status of their rotation moving forward. The question is, how much will they invest in that this offseason in terms of building for the future and spending.