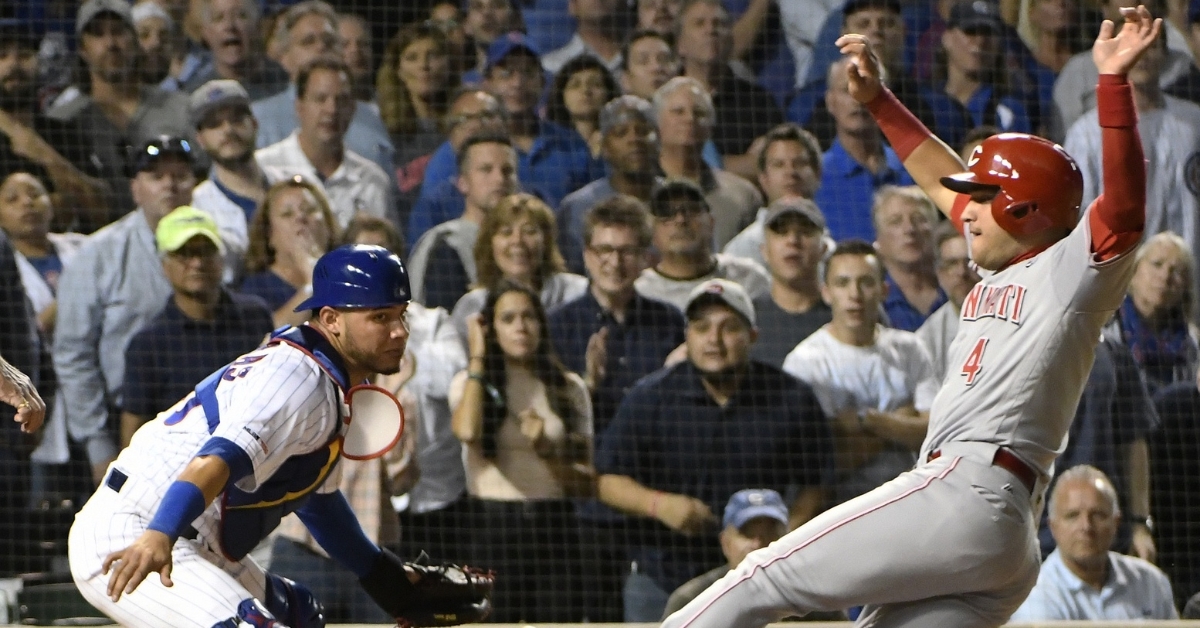 All offseason long, a lot of the talk in the National League Central was surrounding the Cubs and what exactly they will be doing with their roster. After a year filled with disappointment, Theo Epstein told Cubs nation that change was on the verge for the entire roster.

However, that change never reached the player portion of the roster as the Cubs instead overhauled their entire coaching staff and scouting department, while only adding depth signings to the organization except for their lone major league contract in Steven Souza Jr. That was not the offseason the Cubs fans were expecting, especially coming off a third-place finish a season ago.

As we stand today, we must face the harsh reality that the Cubs may indeed be heading to another third-place finish this season with the possibility of them even finishing in fourth. The lone bright spot for them this offseason has been the fact that both the Brewers and Cardinals who finished ahead of the Cubs a season ago have been quiet themselves this offseason.

Milwaukee lost both Yasmani Grandal (White Sox) and Mike Moustakas (Reds) in free agency, which provided the team with 50 plus homers and nearly 200 RBI’s a season ago. They were the protection for Christian Yelich, so it will be interesting to see where that comes from this season. Milwaukee also traded away pitches Zach Davies and Chase Anderson, making a rotation already with question marks that much more of a mystery.

If we have learned one thing about Milwaukee over the past few seasons, it would be never to count this team out. Sure, they don’t have the talent that some of these teams do, but they do have a group of men that not only love the game, but love to play for one another. Sometimes that generates more wins than talent itself because you are playing more cohesively together.

Moving over the defending Central Division champion St. Louis Cardinals, and they haven’t done much in free agency. They lost Marcell Ozuna (Braves) and Michael Wacha (Mets), but outside of that, the rest of their roster is primarily intact. Yes, they do have a lot of older players on their roster, but they also have a crop of young studs that have proven their worth thus far.

The thing to keep tabs on with the Cardinals is their willingness to trade for a top tier third baseman to pair with Paul Goldshmidt in the middle of the lineup. Nolan Arenado is a name that continues to surface, so let's pray that deal doesn’t ever happen.

One team that flew under the radar last season, and much of this offseason has been the Cincinnati Reds.

Unlike the old Reds teams of the past that used their offense to bludgeon people, it was the pitching that stood out last season as they helped the Reds to a fourth-place finish, but a plus .500 team after the all-star break.

With the return of ace, Luis Castillo to anchor the rotation, followed by Sonny Gray and a full season of Trevor Bauer in the middle, and you have as good of starting three as anyone in the division. Add in free agent Wade Miley, and Anthony Desclafani on the back end, and the Reds will be a tough matchup for anyone.

Offensively, is where this team saw the most significant improvements this offseason as they didn’t hesitate to spend money to make this team better. We all know about Eugenio Suarez and Joey Votto as the primary power bats in the lineup, but the rookie phenom Aristides Aquino busted onto the scene a season ago to add another big bopping bat in the lineup. Add in another 30-homer man in Moustakas this season, and the Reds lineup will be that much tougher to pitch to this season.

Perhaps their latest and quite possibly best signing took place early Monday morning as the Reds have agreed to a four-year deal with Nicholas Castellanos taking away any hope of a Cubs reunion with them. Not only is this a crushing blow for the Cubs given what he did for them a season ago, but you put him in a ballpark where the ball jumps off your bat at record paces. That could mean the second half of the season we saw from him last year translates into a full season of production, which is not suitable for anyone.

The part that I fear the most with Castellanos going to the Reds is that he will have 76 games over the next four years if healthy to stick it to this organization. Not only did he make it clear that he loved it here, but he wanted to come back more than anything. The fact that the Cubs either didn’t make him an offer or didn’t try hard enough to clear payroll to bring him in may give him a chip on his shoulder when he plays the Cubs. That is not a guy I want upset as he could ignite the Reds offense in 2020.

Nick Castellanos’ 1.224 career OPS at Wrigley Field is the highest in MLB history (min. 100 PAs at the Cubs’ ballpark). Chicago will try to bring that number down over the next few seasons. pic.twitter.com/lzSvGTz4Pa

Like I said earlier, if you look just at the team’s rosters on paper, the Cubs are no better than a third or fourth-place team this season. However, the game is not played on paper. I still believe the Cubs have the talent to compete in this division, but their margin for error is closing by the minute. After what we saw from the Reds last season and now this offseason, it wouldn’t shock me at all to see them win the division this year as the rest of the Central basically stood pat this off season.