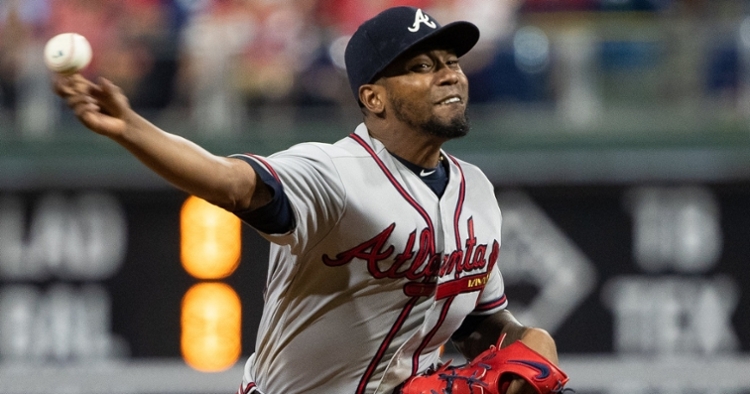 Entering last season, the Cubs knew the starting rotation could be a problem. With already one of the oldest staffs in baseball, mixed with some of the slowest in terms of average velocity, the Cubs had to hit everything right for them to succeed long term.

There was a time during the season where that was the case, which is when the Cubs oddly enough were hitting their stride and playing their best baseball of the season. However, that stretch didn’t last long, and the staff, as well as the rest of the pitching staff, struggled to mount any consistency from one start to the next.

With Cole Hamels now gone, there is an opening in the rotation as the Cubs would like to fill that void not only in the short term but in the long term also. In house options, Alec Mills, Tyler Chatwood, Collin Rea, and Adbert Alzolay are all short-term fixtures for that opening. Still, with Jon Lester and Jose Quintana nearing the end of their time on the North Side, the Cubs must also look at the bigger picture and prepare for the future.

Ideally, I would love to see Gerritt Cole, Stephen Strasburg, and Madison Baumgartner in a Cubs uniform, but I don’t see them paying that much money for any starter over the age of 30. Instead, I think the Cubs target more middle of the rotation arms for deals like what Chatwood got two seasons ago with hopes they can not only fit in nicely during this season but also for a few years after as the Cubs would like to remake that rotation.

Here are some of the names I think could be some good low-risk high reward signings.

Julio Teheran: Once regarded as the top Atlanta Braves arm in their system, the soon to be 29-year old never seemed to reach that potential despite spending the past seven years in the Braves rotation. Three years ago, Teheran had probably his best season as a Brave as it looked as if he was about to turn the corner as a starter.

Since the 2016 season, his once pristine control has slipped the past few seasons mightily, reaching an 11% walk rate the last two years, which ranks him as one of the worst in that category. His strikeout rate has also fallen to slightly below average, which is not a good mix. Both those numbers could be credited to his dip in fastball velocity as he doesn’t have the elite stuff to get hitters out if he misses his spots.

Despite all those numbers trending in the wrong direction, Teheran has posted a slightly better than league average ERA the past few seasons making him an enigma. Also, being the fly ball type pitcher, he is can be risky, but Wrigley Field is not the park it once was in terms of wind blowing out so he could be a fit should the Cubs think they can reshape his form.

Alex Wood: Another former brave who also happens to be 29 years old, Wood has taken a much different journey than Teheran, and it simply has not been easy. Known as a back of the rotation starter in his time with the Braves, the lefty was then traded to the Los Angeles Dodgers, where he posted the best season of his career in 2017 leading the league in ERA much of that year.

That season was followed by an injury-plagued 2018, which led to a trade to the Reds before the 2019 campaign. Another injury this season forced Wood to miss most of the first half, and once he returned to the Reds staff, he wasn’t what Cincinnati was hoping for. Wood will not blow you away with his heater, but his steady dose of off-speed and breaking pitches has made him a solid starter when he can take the mound.

Over the past four seasons, Wood has tallied just 400 innings, including only 35 this past season. This season was also the first time that he was ineffective on the mound leading me to believe he was never fully healthy this season. However, the injury to Wood wasn’t a shoulder injury that he has experienced in the past, but instead a lingering back injury that never seemed to get right.

We know how tricky back injuries could be, and that could raise a red flag for the Cubs, but as mentioned before, when healthy, Wood has posted solid numbers. Also, with losing a lefty, the Cubs may want to bring another lefty to that rotation, which is where Wood could fit also. I know the Cubs love to take flyers on injured arms, and sometimes they don’t work out.

Should the Cubs want to take a flyer out on an injured arm, this would be the guy I wouldn’t mind seeing that happen too. I wouldn’t spend more than seven or maybe 8 million a year for him, but if you can get him cheap with an incentive-based deal, he is well worth the risk knowing what he can do when healthy. Depending on success, it would give the Cubs an excellent option moving forward when both Lester and Quintana hit the open market or retirement.

The oldest one of the bunches that I will feature is former Houston Astro Collin McHugh. At 32 years of age, McHugh is undoubtedly on the wrong side of 30 and shouldn’t expect a deal of more than two or possibly three years. The difference between him and the other two names mentioned is that McHugh has not been a full-time starter since 2017, which makes him an interesting piece for the Cubs.

Not only does he have less mileage on his arm despite being three years older, but he has also been a good reliever and solid swingman, which is something the Cubs love to have. As of now, Chatwood and possibly Mills could be the No. 5 starter in the rotation, but could also find themselves as the swingman in the pen if it doesn’t work out.

McHugh is another option for that similar role as he has had success in both the pen and back of the rotation starter. Say what you want about the current situation in Houston, but the Astros certainly know what they are doing in terms of pitching, and McHugh, I think, is a perfect fit for the Cubs. Not only does he have the stuff to be a middle to back of the rotation arm, but he can also be your top swingman out of the pen with the stuff to fill in as a setup man if needed.

Knowing what he can do for this team makes you wonder why the Cubs haven’t called him to bring him in. Well, for starters, he dealt with elbow pain in 2019, eventually leading him to be shut down with about two months left in the season. Considering what the Cubs dealt with in Brendon Morrow, any lingering injuries to the elbow may scare them off.

Another issue could be the Astros organization itself and what they are dealing with. Not knowing what the punishments could be and who players and coaches will be should individual punishments get handed out, would the Cubs want to tender a contract to someone who could miss time. I am not saying McHugh will miss anytime, but the Cubs must put that into perspective too.

Ideally, I would love the Cubs to sign the best starter available on the market. However, unlike most seasons, this year’s free-agent pool in terms of starting pitching is unusually deep, meaning the Cubs have plenty of options to fix their rotation.