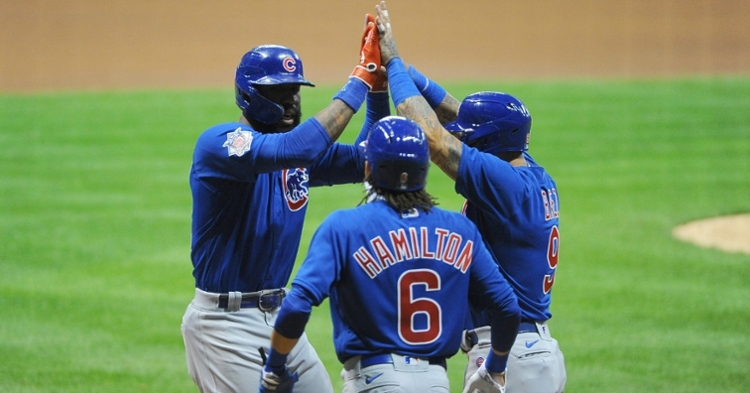 Once the Cubs clinched their first postseason berth since 2018, a sense of relief went through the clubhouse, but work was still left to get done. Next was clinching the division to get that first-round home series, which they accomplished on Saturday as the Cubs are Central Division champs for the first time since 2017. It is the third time in five seasons they have accomplished that.

With the Cubs scheduled to start their series with the Marlins tomorrow, we look at who makes the most sense to be added to the postseason roster for their first-round series. The Cubs announced their 40-man playoff pool roster last week, and there were some surprising names on that list. Guys like top prospect Brailyn Marquez was the name that stood out the most, but that was just the player pool, not the actual roster.

The 40 players currently on the pool are the ones available for the postseason series, but they are not guaranteed to get on the actual roster. The Cubs have 21 pitchers and 19 players to choose from for the roster as they will need to decide which 28 make the cut and which 12 continue to wait to hear their name called. Here is the way I see the roster shaking out for the first-round series with the Marlins.

Catchers (2): Willson Contreras and Victor Caratini: This should come as no surprise here as both Contreras and Caratini have been on the roster all season. Caratini has served primarily in a DH position but happens to be Yu Darvish's personal catcher, so you know he has to be on the roster. Contreras is the team's primary catcher but has seen more time at DH during the last two weeks. Barring an injury, this is the one position that shouldn't change throughout the postseason as these two have been the primary catchers all season. Josh Phegley and P.J. Higgins were also added to the player pool with Miguel Amaya getting left off.

Thanks to his above-average offense, great defense, and now-elite pitch-framing, Willson Contreras (1.6 WAR) has been the most valuable catcher in the National League this year. pic.twitter.com/6bfXl7mdDi

Infielders (6): I could see the Cubs carrying seven infielders, but right now, look for them to take six. Anthony Rizzo, Javier Baez, Kris Bryant, David Bote, Jason Kipnis, and Nico Hoerner have been the six guys seeing many of the infield duties all season, and that shouldn't change here. You have your regulars in Baez Rizzo and Bryant, while Kipnis and Hoerner have split the time at second most of the season.

Bote may not start any of the games in this series, but look for him to pinch-hit often and potentially be used as a defensive replacement depending on matchups.

Patrick Wisdom and Ildermaro Vargas are both on the current pool, but I don't see either of them making an impact right now with Vargas currently injured. Jose Martinez is the big question mark right now. He was brought in to hit lefties but has yet to get a single hit in a Cubs uniform. If the Marlins are expected to toss a lefty, Martinez may stick on the roster, but otherwise, you may see him have to wait until the next series if the Cubs advance.

Outfielders (6): I believe the Cubs will go with 14 pitchers and 14 position players for that first series, so look for six outfielders on the roster. This position shouldn't come as a surprise to anyone as Kyle Schwarber, Ian Happ, and Jason Heyward will spend the entire series starting in their respective roles. That leaves the final three positional spots designed for special matchup players.

Cameron Maybin, much like Martinez, was brought here to hit lefties. However, Maybin has seen a bit more success than Martinez and has shown the ability to fill in at all three outfield spots. He is an excellent bat to have coming off the bench. I do expect to see Albert Almora make his return to the roster for this series. Even though he may not have had an at-bat in over a month, Almora will specifically be a defensive replacement when the game is on the line.

Billy Hamilton, to me, is the X-Factor in this series. As mentioned above, if Martinez is added to the roster, I don't see Almora on the roster, but Hamilton should be a lock. Not only could he be the defensive replacement Almora can be, but he provides the speed factor that a lot of teams love during the postseason. With the game on the line or if the Cubs are in need of a run late, Hamilton will be on the bases looking to make things happen.

Pitchers (14): The Cubs will be carrying 14 pitchers for the first series and most likely throughout the playoffs. Unlike postseasons of the past, there will be no off days between games, making it essential for teams to carry five starters beyond the first round.

The Cubs will go into the Wild Card round with Kyle Hendricks and Yu Darvish slated to start the first two games with Jon Lester, most likely getting the nod for game three if necessary. Should they advance, I like Alec Mills as the teams No. 4, and oddly enough, Adbert Alzolay has earned the No. 5 spot at least for the time being. I don't know how much the Cubs will get to see the back end of the rotation, but they will need five starters at some point.

Adbert Alzolay said he's really excited for the chance to be on the Cubs' postseason roster: "Whatever role I can hep this team win a World Series, I'm down for that."

The remaining nine spots will come from the pen, and this is how I see that shaking up as of now. Jose Quintana has proven he is healthy but is not ready to be a starter. His role will be strictly out of the postseason's pen, which is a massive plus for Chicago. Fellow lefty Kyle Ryan is most likely on the roster as is trade deadline acquisition, Andrew Chafin. Josh Osich could be an option, but look for the Cubs to go with three lefties early on.

Jeremy Jeffress, Jason Adam, and Craig Kimbrel will hold down the back end of the bullpen.

The trio of hard-throwing right-handers have been impressive of late and have earned the trust of David Ross in the late innings. The remaining three spots will be tough to sort through, but I expect Dan Winkler and Ryan Tepera to earn two of those spots given their success this season. Colin Rea could be the final option if the Cubs are looking for a reliever who could provide them with length, but Osich may be the one who gets the final spot giving the Cubs five righties and four lefties in the pen.

Other names added to the roster are lefties Rex Brothers, Marquez, and Justin Steele. Brothers is the only MLB ready arm of this group, but had Brad Weick not gotten hurt, he would have been a lock. Duane Underwood Jr and Rea are right-handed options, but did either one of them do enough this season to earn a spot on the roster.

I was surprised to see two names on the roster were Rowan Wick and Tyler Chatwood, both of who are injured at the moment. Wick would be the one that comes to mind first as he was establishing himself as a tremendous late-inning arm. If he is healthy enough to pitch, he will be on the roster at some point, but Adam has done well filling in for him.

Chatwood is the biggest surprise to me, mainly because of the injury he has right now. After getting off to such a great start, Chatwood dealt with a back injury and missed some time only to return and once again miss time with a forearm injury. Ross has indicated that Chatwood has not responded well to treatment, but he is still on the roster. Maybe the Cubs have a glimmer of hope that he can impact them at some point this postseason, but at this point, it is highly unlikely.