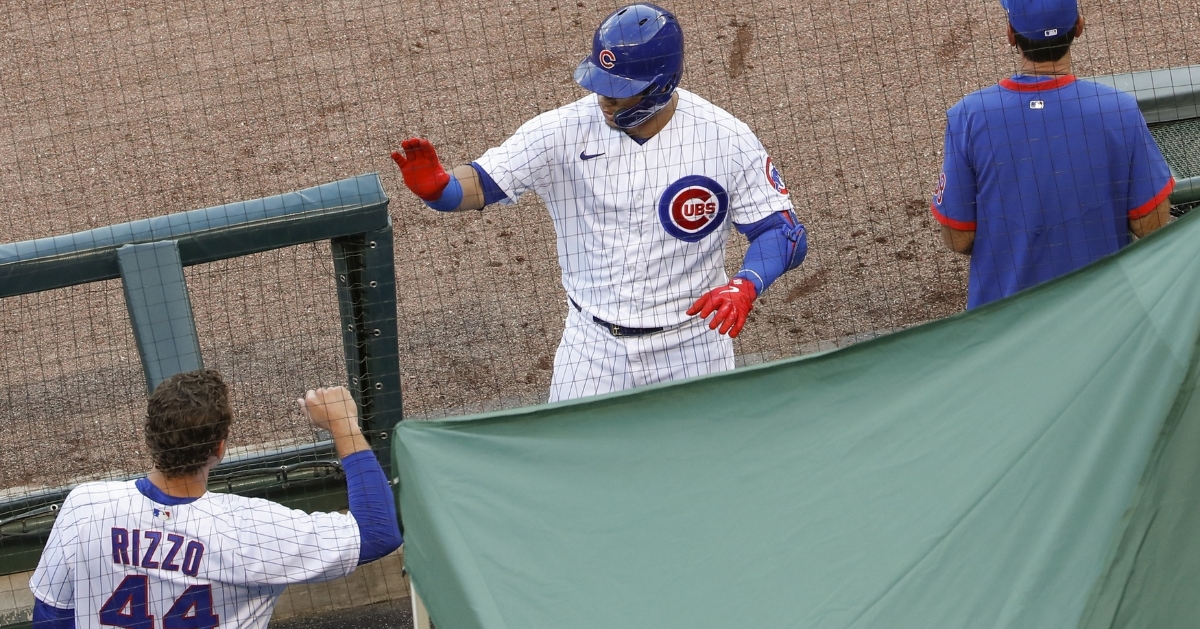 CHICAGO — Closing out "Summer Camp" in style, the Chicago Cubs won their final exhibition of 2020 on Wednesday. The North Siders defeated the Minnesota Twins 4-3 at Wrigley Field. Chicago catcher Willson Contreras led the way with two solo home runs, and Cubs first baseman Anthony Rizzo contributed a two-run bomb of his own.

The contest marked the only Summer Camp contest for the Twins, who had previously only taken part in intrasquad matchups since returning to action. Chicago jumped out to a quick 3-0 lead in the bottom of the first and never looked back, with Cubs starting pitcher Jon Lester helping the cause via a solid outing.

T1: Lester needed just 11 pitches to get out of the first inning.

B1: After Ian Happ led off with a base hit, Rizzo blasted a 422-foot moonshot out to right off Minnesota starter Homer Bailey. A familiar Cubs foe, Bailey was a longtime Cincinnati Reds hurler. Bailey was taken deep again soon afterward, with Contreras powering a solo bomb over the right-center field wall.

B2: With two down, Happ walked, and Rizzo singled. Javier Baez skied a fly ball for the third out, however,

T3: Lester hit a batter and issued a base on balls after that. He managed to get out of the inning unscathed.

B3: Contreras demolished a 444-footer off Bailey for his second dinger of the evening. Scorched out of the field of play, the solo blast ricocheted off the awning behind center field.

B4: Happ garnered another two-out walk, but Rizzo cooled off by striking out swinging to leave Happ stranded.

T5: Dillon Maples replaced Lester with one out and runners on first and second. A couple of passed balls suffered by Contreras resulted in Minnesota getting on the board. A wild pitch from Maples pushed another run across. With a man on second, Maples struck power hitter Nelson Cruz out swinging for the third out.

B5: Contreras finished the night 3-for-3, as he hit a single through the infield in the fifth and was replaced in the lineup after the inning.

T6: Maples and Casey Sadler toed the rubber for the Cubs in the sixth. The Twins sported men on first and second with one out, but Sadler forced two consecutive flyouts to leave them deserted.

B6: The Cubs went down in order against Twins reliever Zack Littell.

T7: Sadler was taken out after beaning the first batter. Kyle Ryan entered and proceeded to load the bases with one out. A fielder's choice plated a run, and a groundout ended the half-inning. In defeat, the Twins were a woeful 0-for-9 with runners in scoring position.

B7: Chicago's three batters were sat down in order. Daniel Descalso planted awkwardly on his follow-through when he hit a foul ball, and he had to be checked on by David Ross and a trainer. Descalso was able to remain in the game and flied out.

T8: Duane Underwood Jr. pitched the eighth inning for the North Siders, and he went three up, three down. Underwood struck the second batter of the inning out on three pitches.

B8: The Cubs failed to reach base in the bottom of the eighth inning.

T9: Cubs reliever Brad Wieck put a bow on Summer Camp by locking up the 4-3 victory. The Twins gleaned a leadoff single, but Wieck struck the next two batters out and forced Cruz to sky a fly ball for the final out.

Up Next: Done with exhibitions, the Cubs, who went 1-2 in Summer Camp and 9-14 overall in preseason play, will next take the field for Opening Day on Friday, July 24. The North Siders will host the Milwaukee Brewers for three games at Wrigley Field, beginning with Friday's opener. The first pitch is scheduled for 6:10 p.m. CDT. Cubs starter Kyle Hendricks will face off against Brewers hurler Brandon Woodruff.