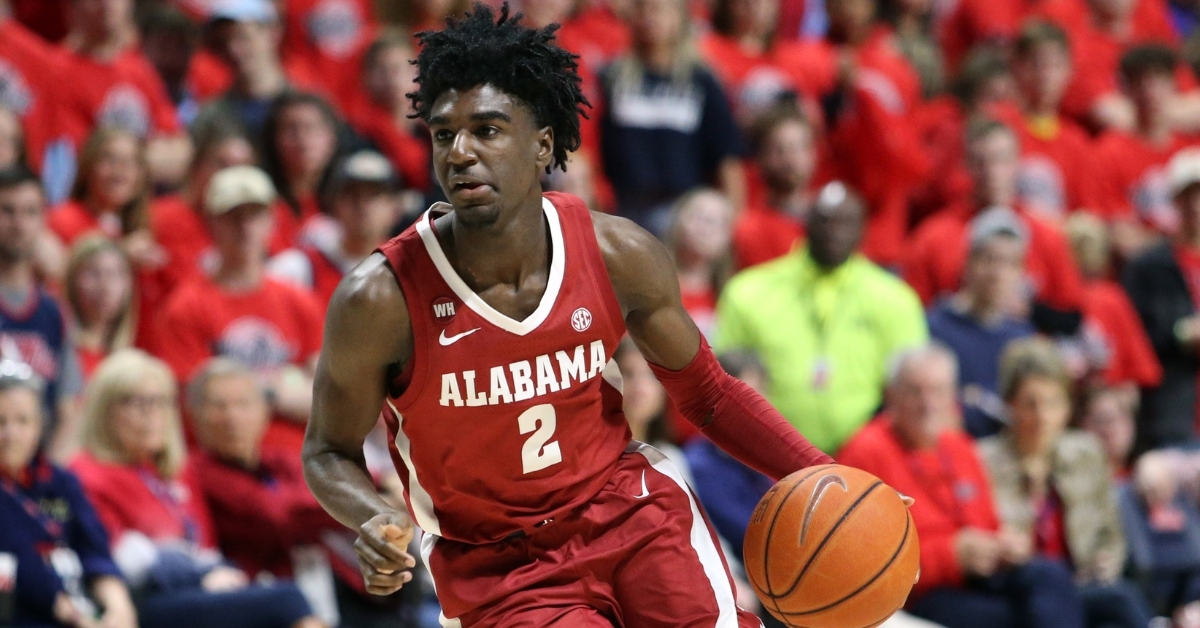 The Bulls currently hold the No. 4 pick in the upcoming NBA draft, and they will be looking at adding an immediate impact player. Chicago will certainly have options, but they will have more options than you think. Granted, the Bulls are in a position to get one of the best prospects in this year's class, but they also hold the keys to what could help the franchise long term.

Over the past couple of weeks, there have been many rumors going around that the Bulls may want to trade out of that fourth pick to acquire more picks in the draft or help their overall roster. If that is indeed the case, Chicago is doing their homework as they have started to scout some under the radar prospects.

One of those prospects happens to be Kira Lewis Jr. of Alabama, who projects to land in the 13-17 range this year. With the draft now three weeks away, the Bulls will start interviewing a lot of prospects, so fans will become very familiar with those names. Lewis is the first of many, and the Bulls are showing interest in him. Unlike most drafts in the past, this one lacks the superstar feel of a Zion or Lebron, but instead, you have a plethora of good players from top to bottom.

Lewis is one of those players who may not get the recognition of the top 5 picks but certainly is capable of having a strong career. The Bulls are not the only showing interest in Lewis as he has recently worked out with the Magic, Knicks, and Pistons along with the Bulls. Although ESPN has him ranked as the 12th best prospect overall, most experts feel he will go around 20.

With the Bulls showing some interest in him, that leads me to believe they are still considering trading the fourth pick with hopes of getting more picks down the road. Lewis is not worth the fourth overall selection but would be a substantial addition late in the first round. As a sophomore for the Crimson Tide, Lewis averaged 18.5 ppg, 5.2 APG, and 4.8 RPG. He was a complete player who shot nearly 46% from the field and 35% from downtown.

At 6-3 165 pounds, Lewis is very undersized when you look at NBA point guards, but he makes up for it with his natural speed, which would give the Bulls an added element offensively. Should you pair him with Coby White in the backcourt, teams wouldn't be able to blink as the Bulls could essentially run a track meet up and down the floor.

Lewis has a great first step along with his incredible speed, which allows him to beat defenders off the dribble and get to the hoop. He is also an excellent passer who anticipates the defense and sees the floor incredibly well. Those are all primary keys to being an NBA point guard in this league. With the Bulls needing some form of a true point guard, Lewis could be an option for them to consider.

Lewis certainly has his fair share of strengths, but there are some weaknesses to his game too. We already touched on his lack of size, but his elite speed also causes him to play out of control at times. That is something he will need to work on at the next level as turnovers kill the offensive flow. Lewis also needs to work on his decision making, especially when it comes to shot selection.

Often, Lewis would be caught between passing and shooting and would tend to make a bad decision. Mistakes like that are improved with experience, so that is something he will get better at. He is right hand dominant and needs to work on his left hand. Teams know that, and they will force him left at the next level. When Lewis has the ball, exciting things will happen, whether good or bad. The Bulls will certainly be keeping tabs on him the next few weeks as they look to make an ultimate decision on draft night.

Player Comparison: Lewis reminds me a lot of John Wall, just without the scoring. When Wall came into this league, he was known for his speed up and down the court. Granted, he still has that same speed; Wall has worked a lot on his overall offensive game and has turned into a great player. On the other hand, Lewis doesn't have the same skillset as Wall but will possess lethal speed.

Speed kills at any level, and should he harness that poor decision-making at times, and the Bulls offense could take it to another level. Having a one-speed burner in White is hard enough to defend. Could you imaging having both Lewis and White together? Not to mention having Zach Lavine running the floor with them. Certainly, the wins would come, but Lewis would undoubtedly add some excitement to the Bulls roster.