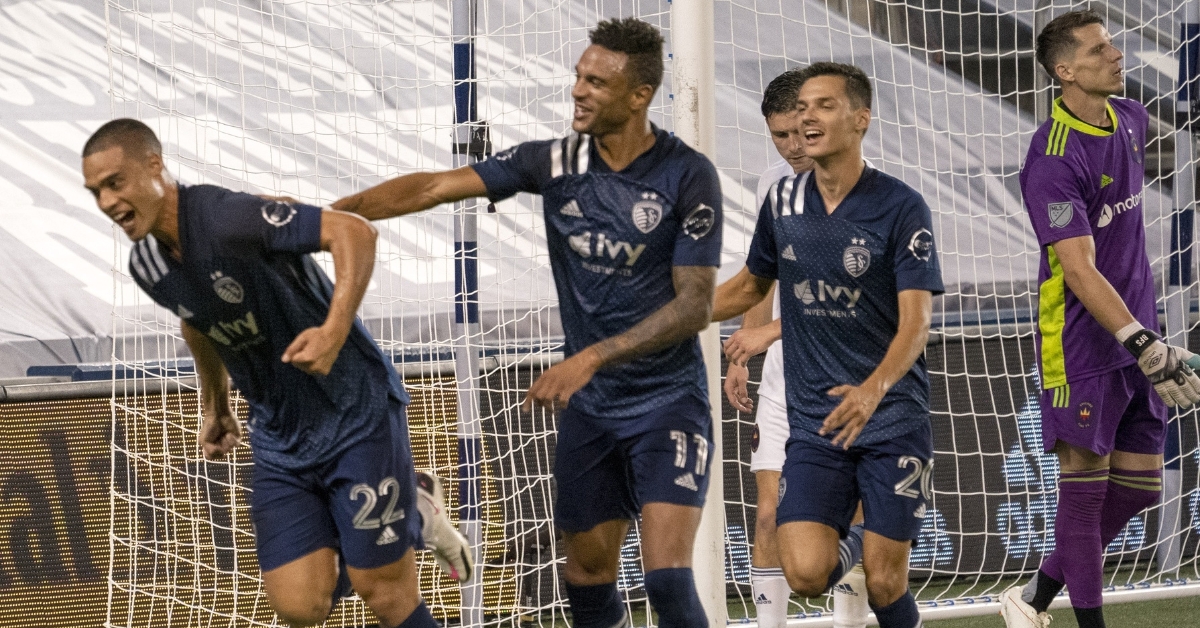 It is no secret the Chicago Fire are starting to click under first-year head coach Raphael Wicky. In fact, the team is playing their best soccer since 2017, which was the last time, they made the postseason. With points in three straight games and four of the previous six, the Fire remains in the postseason hunt and entered Wednesday's match just one point out of the final spot.

Looking to stay hot, the Fire hit the road to take on an outstanding Sporting KC team that sits third in the Western Conference. Over the past three seasons, Kansas City has been one of the better teams at home than Chicago, who struggles to do anything away from home. The hard-luck on the road continued for the Fire as they played one of their better defensive games of the year only to have a Winston Reid second-half goal proved to be the difference in the 1-0 defeat.

Since starting goalie Kenneth Kronholm went down with a knee injury, the Fire has turned to Bobby Shuttleworth. He has proven to be more than just a valuable backup and may have played his way into some more time next season. Shuttleworth has been a big reason for the Fire's success as he has conceded just four goals across his last five matches.

Knowing their struggles on the road, the Fire needed to start quickly, and that is just what Ignacio Aliseda and Robert Beric did three minutes in. Both players got shots off in the early going, but Beric was awarded a penalty kick in the second minute and was unable to put it home to keep the game 0-0. That miss would come back to haunt Chicago later in the game.

Part of the reason for the vast improvement on the Chicago side has been their defense, which kept Kansas City without a shot until the 18th minute. The problem then became once Sporting got that shot, plenty more followed as Shuttleworth was tested by Amadou Dia, Jonny Russell, and Jaylin Lindsey late in the first half without any damage thus far.

Looking to earn some late first-half momentum, Fabian Herbers got a great look on goal in the 40th minute and a Boris Sekulic cross only to miss it wide right. Gianluca Busio responded in the 43rd minute for Kansas City, but it was Djordje Mihailovic, the tough-luck loser as his shot in the 44th minute clanked off the bar and the two teams headed to the locker room 0-0.

With much of the first half played at a slow pace, things began to open the final 10 minutes or so. Early in the second half, it was evident that that opening of play would continue as both teams looked to strike first. Both teams got good looks at the goal immediately, including another from Mihailovic, but he was unable to put things on target once again.

After nearly 20 minutes of minimal action, things began to pick up in the 65th minute, with Russell putting one just wide of Shuttleworth and the goal. The Fire used that miss to their advantage and formed a beautiful counterattack in which Aliseda earned a free-kick. Aliseda took the kick and pushed it wide, keeping the Fire off the board.

Knowing they dodged another bullet, Kansas City was finally able to breakthrough in the 67th minute when Reid took a Russell cross from close range and headed it into the 1-0 lead corner. Reid's first goal of the season, and little did he realize it would be the game-winner at that time.

Looking to add on, Kansas City was on the attack once again in the 71st minute. This time, Daniel Salloi took a through ball from Gadi Kinda as Shuttleworth came up with a nice stop bottom corner. The Sporting Kansas City onslaught continued with Kinda and Russell getting looks on goal, but no further damage to this point.

Down but not out, the Fire were in desperate need of some offense in a hurry. They got just that in the 83rd and 84th minutes. After Michael Azira was blocked in the 83rd minute, Elliott Collier had the Fire's best look of the second half only to be stoned by Tim Melia, and the Fire still trailed 1-0. With time winding down, the Fire had one more chance at goal as Beric looked to keep his goal-scoring streak alive. Unfortunately, Beric pushed the shot to the left, and Kansas City was able to hang on for the 1-0 win.