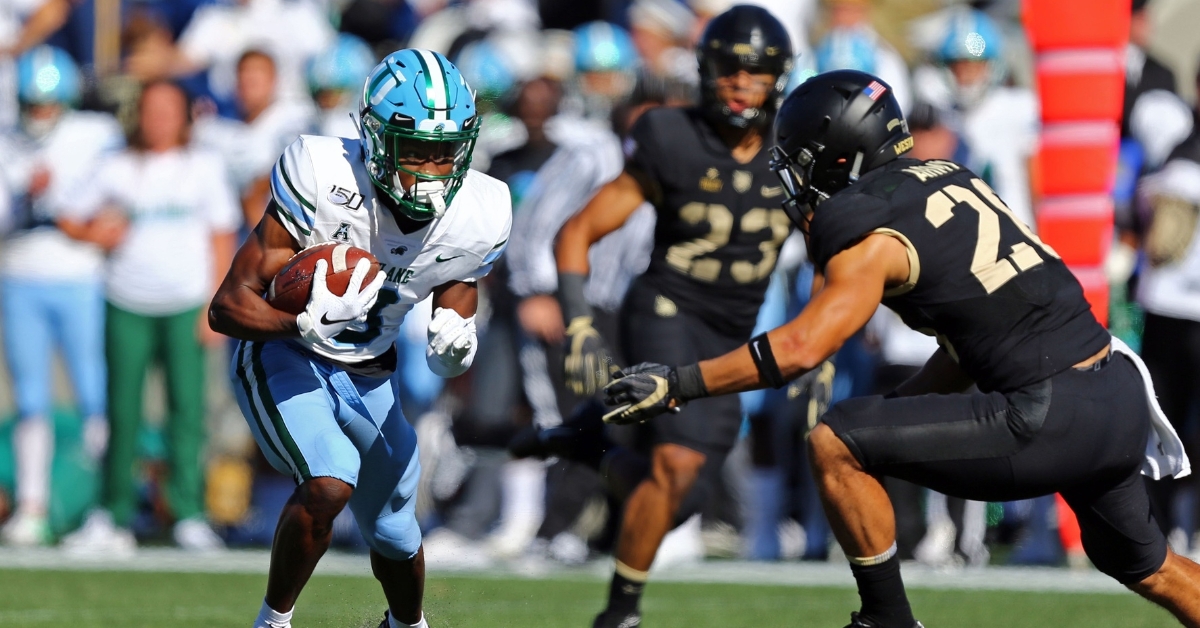 The Chicago Bears traded back into the fifth round and selected Tulane receiver Darnell Mooney with the 173th overall pick in the 2020 NFL Draft.

Mooney is an athletic and speedy receiver that can fly around the field. At the NFL combine, he ran an impressive 4.38 40-yard dash.

"Mooney is tougher than he looks, but he must better control his dynamic athleticism to make it in the NFL as a consistent weapon."

With the 173rd overall selection in the 2020 NFL Draft, the Chicago Bears have selected...

#Bears use 5th rd pick at No. 173 overall to select Tulane WR Darnell Mooney, who I am told by one scout "can fly." Figured speed would fit profile of what team was seeking at receiver.

Bears get their field stretcher and burner In WR Darnell Mooney. The most underrated WR in the draft. If you wanted K.J Hamler. He gives you the reason why you wanted him. In space he can house call it at any time.

.@Darnell_M1 is bringing his 4.38 blazing speed to the Windy City and the @ChicagoBears. #AmericanPow6r pic.twitter.com/lS3nqsxBw5