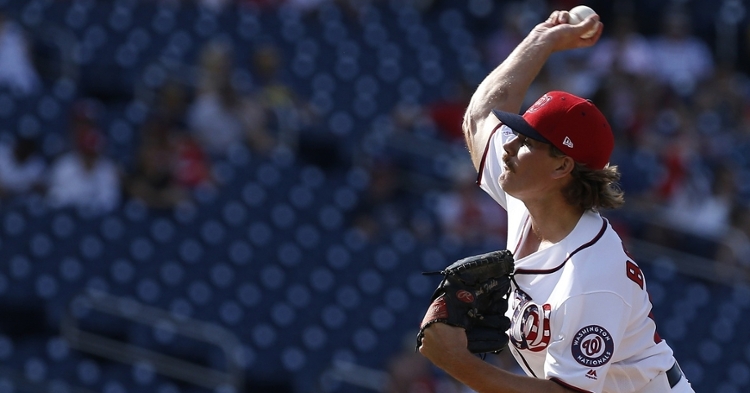 The Chicago Cubs continue to bolster their bullpen depth this offseason.

According to multiple reports, the Cubs have signed righty reliever James Bourque to a minor-league deal, including an invitation to training camp.

The 27-year-old has made only seven major league appearances in the last two seasons with the Nationals. In September, he was injured, which landed him on the injured list and subsequently left him off the Nationals' 40-man roster after the season.

Bourque opted for free agency, and the Cubs grabbed him up. He has an outstanding fastball that reaches the mid-90s, so there is something to work with going forward with the Northsiders.

This type of player can stash away at Iowa when you need someone decent for bullpen depth if he doesn't make it out of training camp with the ballclub.

This is the second move for the Cubs' bullpen depth this week as the team also signed former Yankees reliever Jonathan Holder to a non-guaranteed, major league deal.