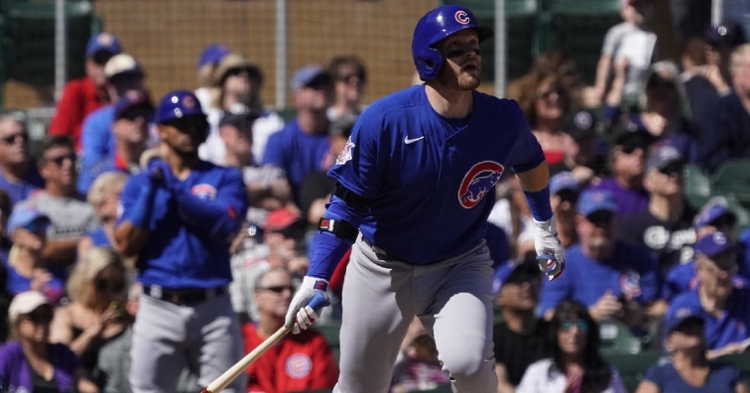 The Chicago Cubs hope to continue their winning ways and add to their best record in the majors tonight.

Television info: The game will be on the Marquee Sports Network and Sportstime Ohio.

Game Thread: Game discussion starts around a hour before gametime with the CubsHQ staff in the replies to this article! Feel free to send in your questions or comments to all things Cubs. Fly the W! Join our free CubsHQ community...takes only 30 seconds.

The Chicago Cubs announced that left fielder Kyle Schwarber has been scratched from tonight's lineup against the Indians because of a right knee contusion (sore knee).

Kyle Schwarber was scratched due to a right knee contusion.

Hendricks last pitched against the Indians in the epic Game 7 of the 2016 World Series.

#Cubs only MLB team to not lose consecutive games this season pic.twitter.com/IQ7X9u34kH

.786 winning percentage for #Cubs is tops in the majors pic.twitter.com/woW1QUkiGi

His 53 homers is second-most in franchise history for a switch hitter according to #Cubs notes pic.twitter.com/eB6UjiJiHn

#Cubs are 7-1 in their last 8 interleague games

Also, 10 wins out of their last 13 interleague games pic.twitter.com/EhqPdNBEuJ

Wish I got to see everyone last night but that’s the way this years goin! Thank you @indians for the video and to both teams for letting me tip my damn hat to someone! ?? Felt like I never left! #homeawayfromhome pic.twitter.com/GnebV1A7rc

#Cubs starting pitchers rank third in the majors with a 2.73 ERA pic.twitter.com/PrQ85IGK7B