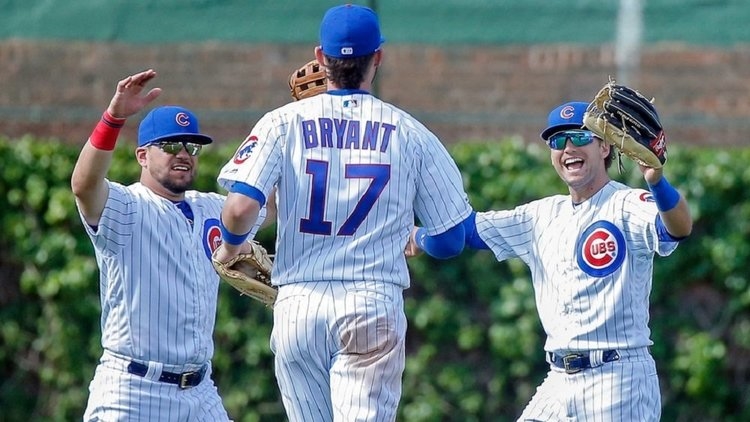 CHICAGO – The Chicago Cubs will start the 2020 60-Game regular season against the Milwaukee Brewers at Wrigley Field Friday, July 24, at 6:10 p.m. CDT. The first homestand of the season includes a three-game series with the Brewers July 24-26.

The Cubs home opener will feature a moment of silence and solidarity in recognition of the Black Lives Matter movement which will be followed by a performance from teen gospel singer Keedron Bryant who will perform his original song “I Just Wanna Live” from a Wrigley Rooftop. Dr. Hillary Ecker, an internal medicine physician at Advocate Health Care, also will sing the national anthem from a Wrigley Rooftop. Health care workers from Advocate Health Care will be featured in a virtual first pitch compilation video alongside Mayor Lori E. Lightfoot and Governor JB Pritzker which will culminate in Ryne Sandberg throwing out the first pitch at Wrigley Field. Two new blue flags will be added to the exterior of Wrigley Field as an additional tribute to these incredible health care heroes.

The Cubs welcome John Benedeck and Josh Langhoff to Wrigley Field this year as the new organists. Benedeck will kick off the 2020 60-Game regular season behind the organ for the first two homestands (July 24-26, July 31-August 2) and Langhoff will follow playing the two-game home series against the Kansas City Royals August 3-4.

Without fans in the ballpark, the Cubs are recreating the magic of the Friendly Confines for fans at home via augmented reality second screen experiences on Snapchat, new Spotify playlists, continued behind-the-scenes content via the Cubs YouTube channel and new episodes of the Cubs podcast “Open Concessions with Len & JD.”

For the team’s loyal Season Ticket Holder base, the Cubs will film live fan reactions using Zoom and pipe the fan visuals into the ballpark via replays on the videoboard. The club has also introduced a new Season Ticket Holder Foul Ball Program. During each home game without fans in attendance, foul balls will be collected by the Cubs Authentics team and shipped to the Season Ticket Holder with the closest seat location.

For all Cubs home games this season, fans in Illinois can purchase Cubs Charities 50/50 Raffle tickets online starting at 11 a.m. CDT until the end of that day’s game. The winning ticket will receive half of the net proceeds from the game's raffle ticket sales, and the other half will benefit Cubs Charities. For more information or to purchase tickets, visit www.cubs.com/Raffle.

Kids Sundays are still available for young Cubs fans during the 2020 season. Two hours prior to every home Sunday game, Clark the Cub will conduct a Kids Only Press Conference presented by Advocate Children’s Hospital via a Q&A on the @ClarktheCub Instagram account. Follow @ClarktheCub on Twitter and Instagram all season long for exclusive Cubs Kids content.

Fans will notice new partner signage displayed in the ballpark including two Toyota vehicles on the right-field porch.

Pregame: A moment of silence and solidarity, performance by Keedron Bryant