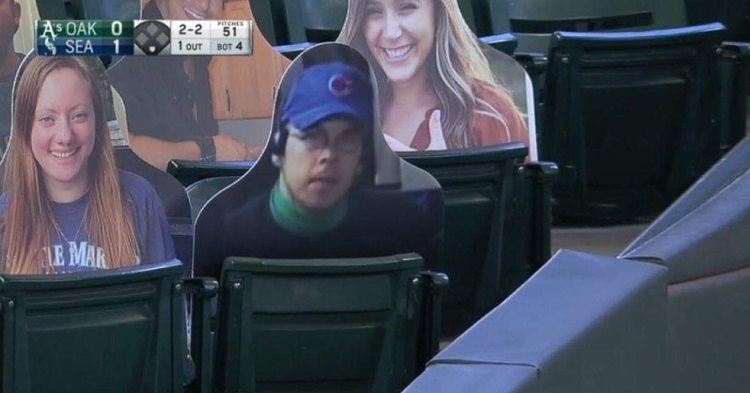 A cardboard cutout of the notorious Steve Bartman appeared at the Mariners' ballpark. (Credit: @Talking_Reds on Twitter)

SEATTLE — Like several MLB parks are doing right now, T-Mobile Park, the home of the Seattle Mariners, is currently filling the empty seats brought on by the pandemic with cardboard cutouts. Fans have the option to pay for cutouts of their choosing to show up in seats during broadcasts.

On Sunday, with the Mariners facing the Oakland Athletics at home, Steve Bartman made an appearance. More specifically, a cardboard likeness of Bartman from his infamous night at Wrigley Field in October of 2003 was seen.

It is worth noting that the cardboard Bartman was appropriately seated down the left field line. However, with no hands on the cutout, this version of Bartman could not interfere with a foul ball even if it wanted to.