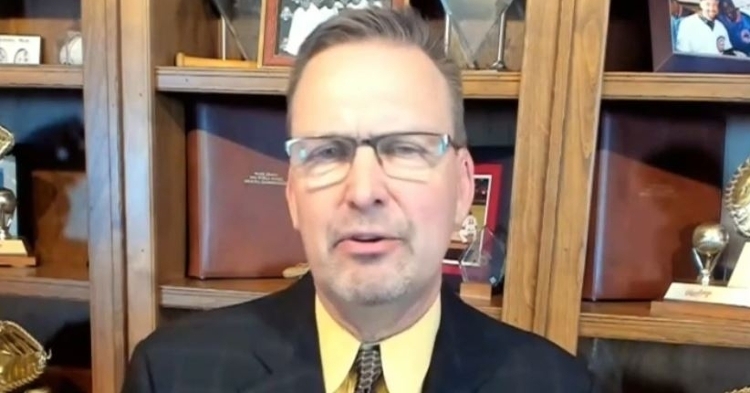 Mark Grace was trending on social media Saturday night and not for the best reasons.

During last night's telecast, he told a old story where his ex-wife took the parking spot of former major league commissioner Bud Selig in Milwaukee. Many viewers were turned off by Grace calling his ex-wife 'ding-bat' a few times during the flashback story.

After all the backlash on social media, Grace apologized.

“During today’s game I referred to my ex-wife in a way that I absolutely should not have,” Grace said in a statement. “I want everyone to know how very sorry I am about that. My remarks were offensive and inappropriate, and I deeply apologize.”

Many fans believe that the Marquee Sports Network should stick with just Len Kasper and J.D. Deshaies as announcers instead of going with special three-man booths at times (Grace or Ryan Dempster added).

I don't mind it but I can see how some would prefer the traditional two-man announcer group better.

This is why Cubs great Mark Grace is trending pic.twitter.com/5M857OqFfU

Word on the street is Mark Grace will be off Cubs broadcasts the next five games for inappropriate comments on his Ex. pic.twitter.com/UKWRNVjFQ5