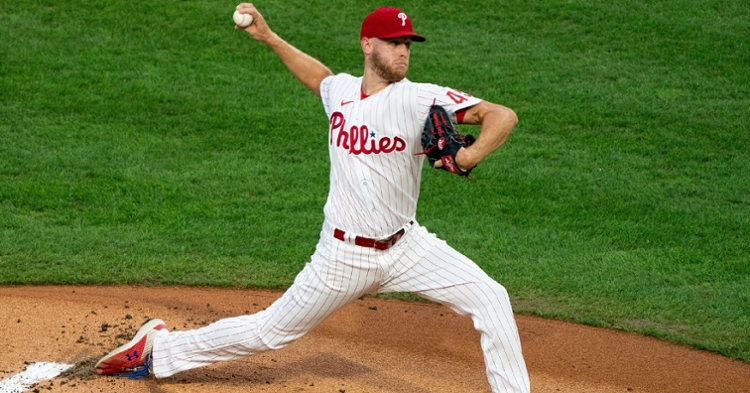 PHILADELPHIA — With an injury setback that Jose Quintana's dishwashing disaster pales in comparison to, Philadelphia Phillies starting pitcher Zack Wheeler injured his pitching hand putting on pants. Wheeler joined the Phillies in the offseason after pitching for the New York Mets since 2013.

Phillies manager Joe Girardi told the media on Friday that Wheeler somehow hurt a fingernail on his right hand while getting into his pants. Girardi described the ailing nail as "very sore" and said that "you can't make this up." Wheeler was scheduled to start on Saturday, but that start has been moved back because of the pants fiasco.

Wheeler, 30, was actually a trade target of the Chicago Cubs in the buildup to last year's trade deadline, but he remained with the Mets. The Phillies signed Wheeler to a five-year, $118 million deal in the offseason, and the right-hander and is currently 4-0 with a 2.47 ERA, 36 strikeouts and nine walks in his debut season in Philly. Hopefully, Wheeler will return to the rotation at full strength next week and be more careful hopping into his dungarees in the future.

Zack Wheeler has a problem with the nail on his middle finger. He caught his nail putting on pants. "Can't make this up," Joe Girardi said. He won't pitch until Monday at earliest.