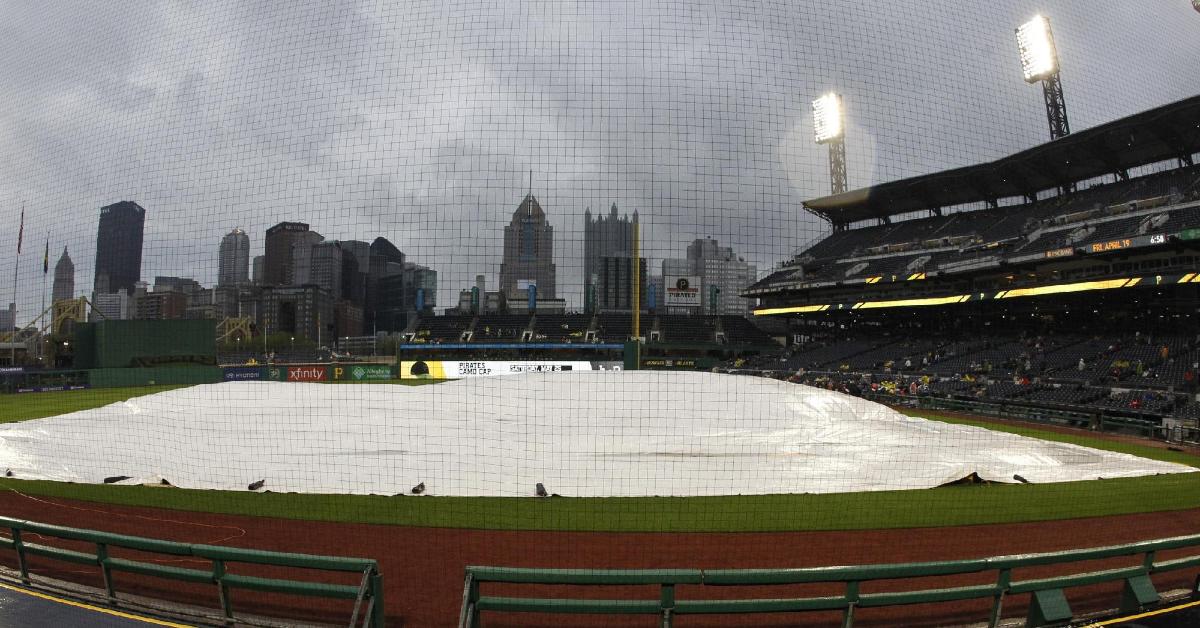 PITTSBURGH — With heavy rain falling at PNC Park, Tuesday's contest between the Chicago Cubs and the Pittsburgh Pirates was delayed midway through the eighth inning. The Cubs led 6-5 at the time of the delay.

The rain picked up during the top half of the eighth, and the grounds crew brought out the tarp to cover the infield between innings. Hopefully, the squall will blow through, allowing the game to be completed.

A giant plastic tarpaulin covering the infield in Pittsburgh. Rain delay. Cubs lead Pirates 6-5 in the bottom of the 8th. pic.twitter.com/q1Vruzk6e9

Update: Play is expected to resume at approximately 10:10 p.m. CDT.