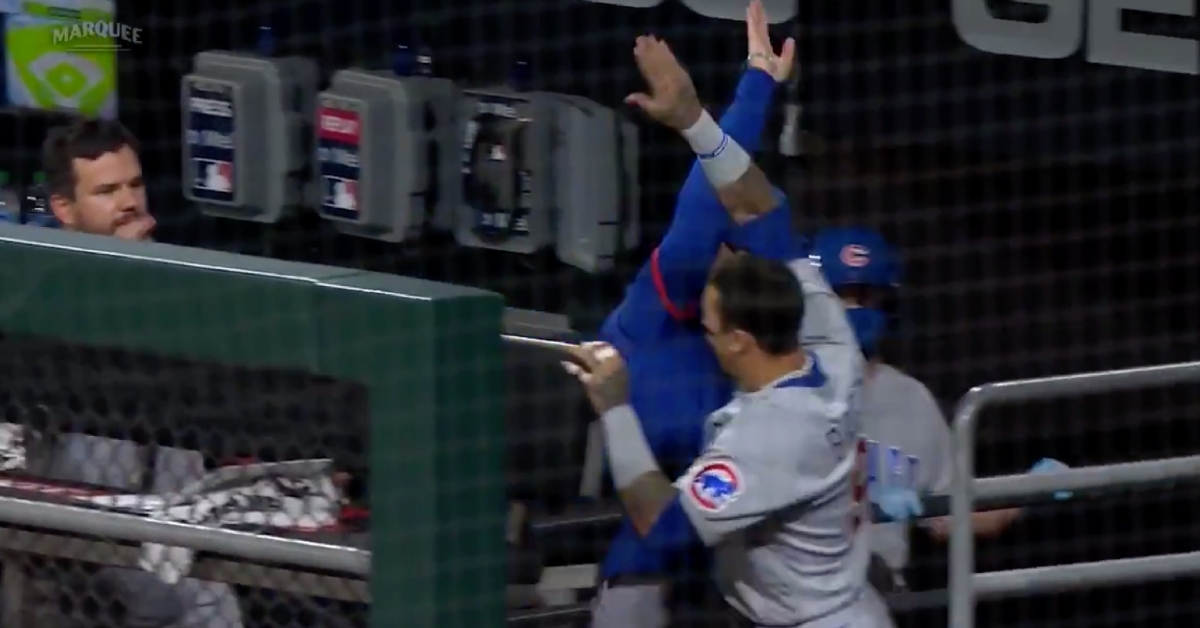 There were high-fives aplenty in the Cubs' dugout after the team learned it won the National League Central.

CHICAGO — In between innings in the Chicago Cubs' matchup with the Chicago White Sox on Saturday, the Cubs received word in the dugout that they had won the National League Central. Thanks to the Milwaukee Brewers' 3-0 victory versus the St. Louis Cardinals at Busch Stadium, the Cubs earned the division crown.

The Cubs were seen celebrating and high-fiving in the dugout at Guaranteed Rate Field after receiving word of the Brewers' victory. As the No. 3 seed in the National League playoffs, they will host an upcoming best-of-three Wild Card Series at Wrigley Field on the North Side. Cubs manager David Ross led his squad to a division title in his first season at the helm.

The @Cubs celebrate after securing the NL Central! pic.twitter.com/U7qKL5Ku49