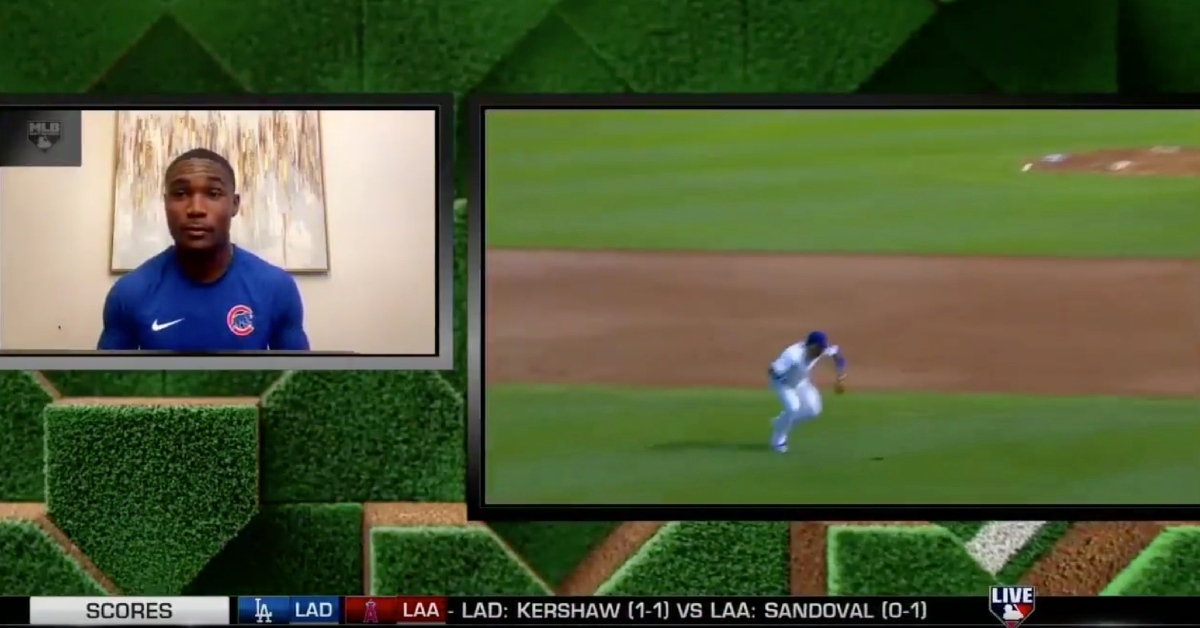 Shortstop Ed Howard was selected 16th overall by the Chicago Cubs in the 2020 MLB Draft.

"A strong arm right there. Honestly, he just has fun with it. He's just so smooth and makes it look so easy. That's just Javy doing what Javy does."

That was the shortstop-on-shortstop commentary provided by recent Chicago Cubs first-round draft choice Ed Howard when breaking down a play made by star Cubs shortstop Javier Baez. An 18-year-old phenom, Howard could perhaps be the shortstop of the future for the Cubs, although "El Mago" might have something to say about that.

Howard appeared on MLB Network on Friday night and was asked by analyst Harold Reynolds to break down a flashy play pulled off by Baez on the evening. "Javy" fielded a deep grounder and fired a perfect throw to first against the Milwaukee Brewers at Wrigley Field, and Howard was impressed.

"Honestly, you can't teach that," Howard said of Baez's web gem. "You've just got to do it. That's special."