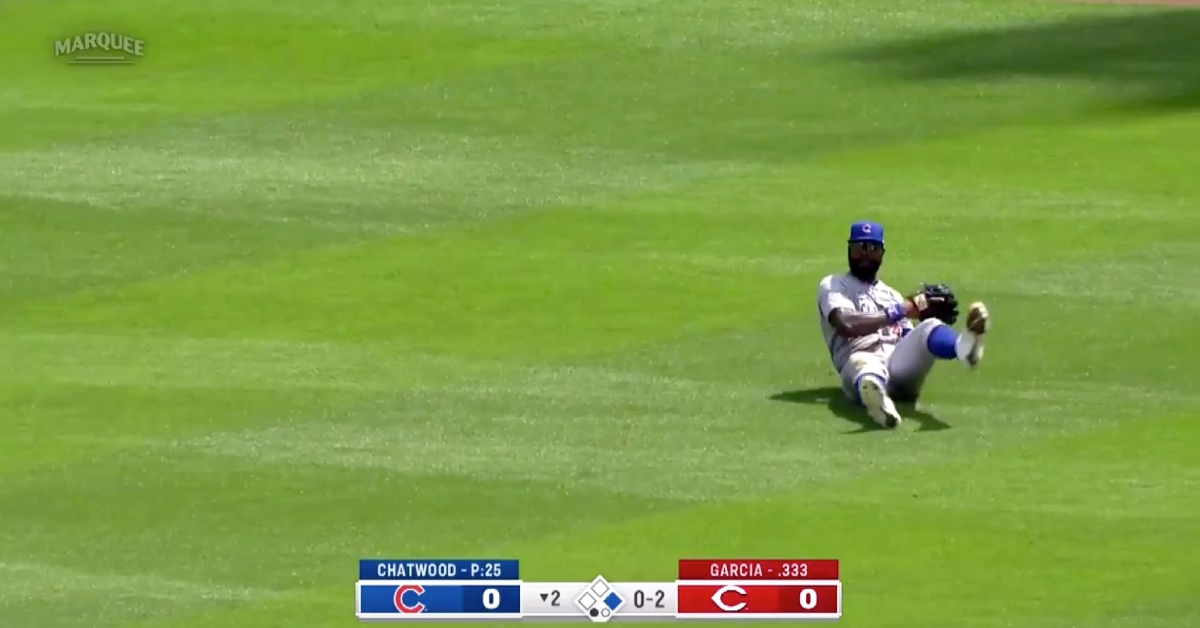 With the score tied 0-0 in the bottom of the second, Jason Heyward pulled off a great catch in right field.

CINCINNATI — In the same inning that former Chicago Cubs and current Cincinnati Reds outfielder Nicholas Castellanos committed a blooper in right field, Jason Heyward showed how defense is supposed to be played in right. The five-time Gold Glove Award winner laid out to rob Reds shortstop Jose Garcia of a hit in the bottom of the second.

Conversely, Nicholas Castellanos botched what could have been a superb catch in the top half of the same inning when he fervently raised his glove in an attempt at displaying the catch to the first base umpire, which caused the ball to fly out of his mitt. Heyward suffered no such blunder, as he cleanly snagged Garcia's line drive for a web gem at Great American Ball Park.

Whatever you do in life, do it with the confidence that Nick Castellanos had when showing that he had definitely caught that baseball. pic.twitter.com/1l69mAQjLp

David Bote thanking Nick Castellanos for helping him out. pic.twitter.com/uFlpv7C9ds