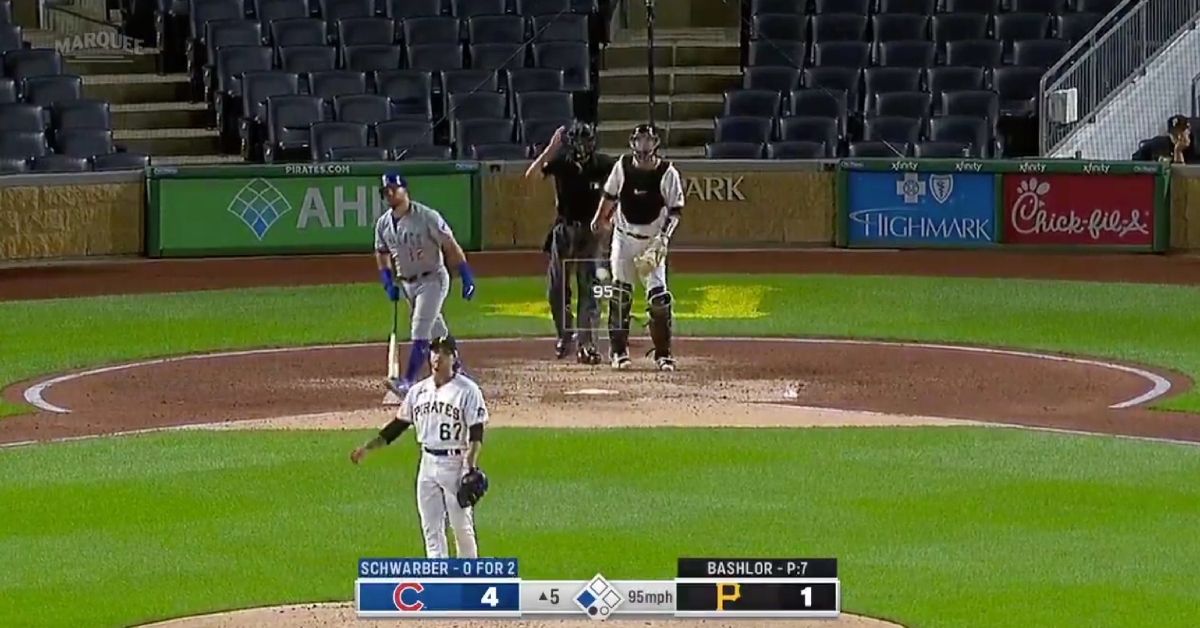 PITTSBURGH — With the aptly-named Tyler Bashlor on the mound for the Pittsburgh Pirates, Chicago Cubs slugger Kyle Schwarber bashed a monstrous home run off the Pittsburgh reliever. One at-bat after Javier Baez plated Kris Bryant with a double to deep left, Schwarber smashed a 436-footer well over the center field wall.

Schwarber made sure to marvel at his handiwork before trotting around the bases, as he knew it was gone as soon as it left the bat. The two-run jack marked Schwarber's 10th long ball of the season and increased Schwarber's RBI total to 21. Bashlor relieved starter Chad Kuhl earlier in the fifth frame and proceeded to give up three runs in a span of two plate appearances at PNC Park, as Schwarber's dinger placed Chicago ahead 6-1 in the top of the fifth.

Let's all take a moment to enjoy the absolute beauty that is Kris Bryant going first to home on a Javy double. pic.twitter.com/lR0Spu5UZY