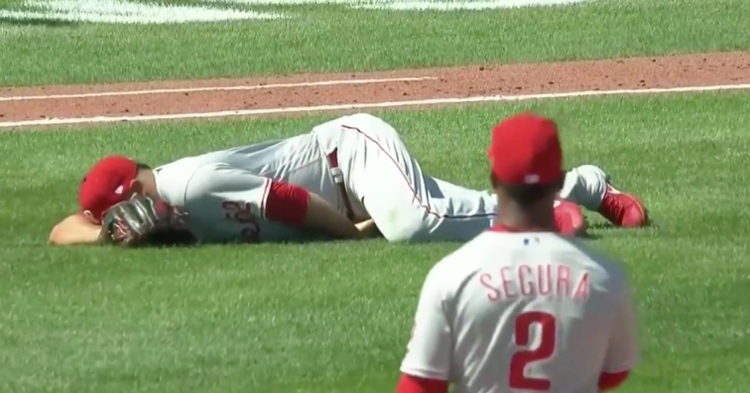 Phillies reliever Jose Alvarez was somehow able to field a ball and toss it to first base after it drilled him in the groin.

BUFFALO, N.Y. — Although he was credited with a hold for his appearance in game one of Thursday's doubleheader between the Philadelphia Phillies and the Toronto Blue Jays, Phillies reliever Jose Alvarez was left holding his groin after getting hit in the crotch by a comebacker. The Phillies took on the Blue Jays at Toronto's 2020 ballpark, Sahlen Field, and lost 3-2 in the early game.

Alvarez was able to persevere on the play by fielding the line drive and tossing it to first base for an out. He then went to the ground in what appeared to be excruciating pain before being carted off the field. In addition to the injury inflicted upon the crown jewels of Alvarez, the Phillies had a rough day in Upstate New York. Philadelphia led Toronto 2-1 at the time of Alvarez's injury but went onto lose 3-2. In the second installment of the doubleheader, the Phillies plated seven runs in the top of the first but ultimately fell 9-8.

Oh my Jose Alvarez right in the....

?? Carted off the field
pic.twitter.com/vDVZ8yR9oL