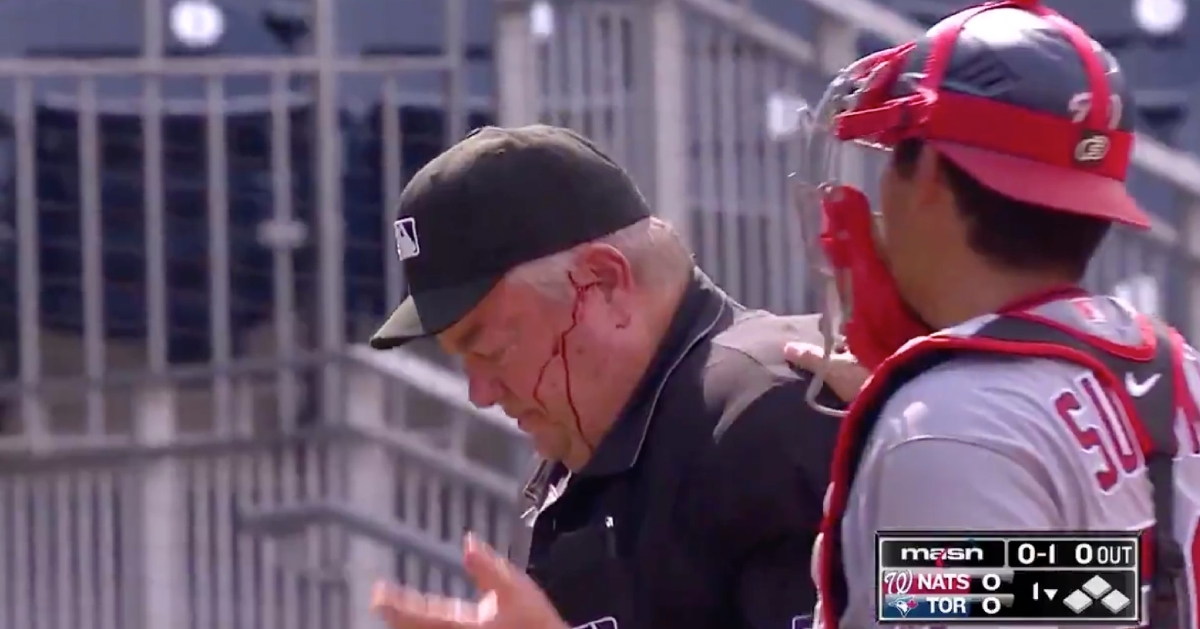 Umpire Joe West was forced to exit a game after getting hit in the side of the head with a bat. (Credit: Geoff Burke-USA TODAY Sports)

WASHINGTON — Veteran umpire Joe West was at the center of a scary scene at Nationals Park on Thursday. With the Toronto Blue Jays taking on the Washington Nationals in the nation's capital, Bo Bichette of the Blue Jays accidentally hit West on his backswing in the first inning.

Bichette seemed to lose a grip on his bat, and West, who was behind the plate, was hit in the side of the head by the bat as it left Bichette's hands at the end of his swing. West, 67, was bloodied and forced to leave the game after trainers checked on him. Hopefully, West will be able to return to umpiring soon.