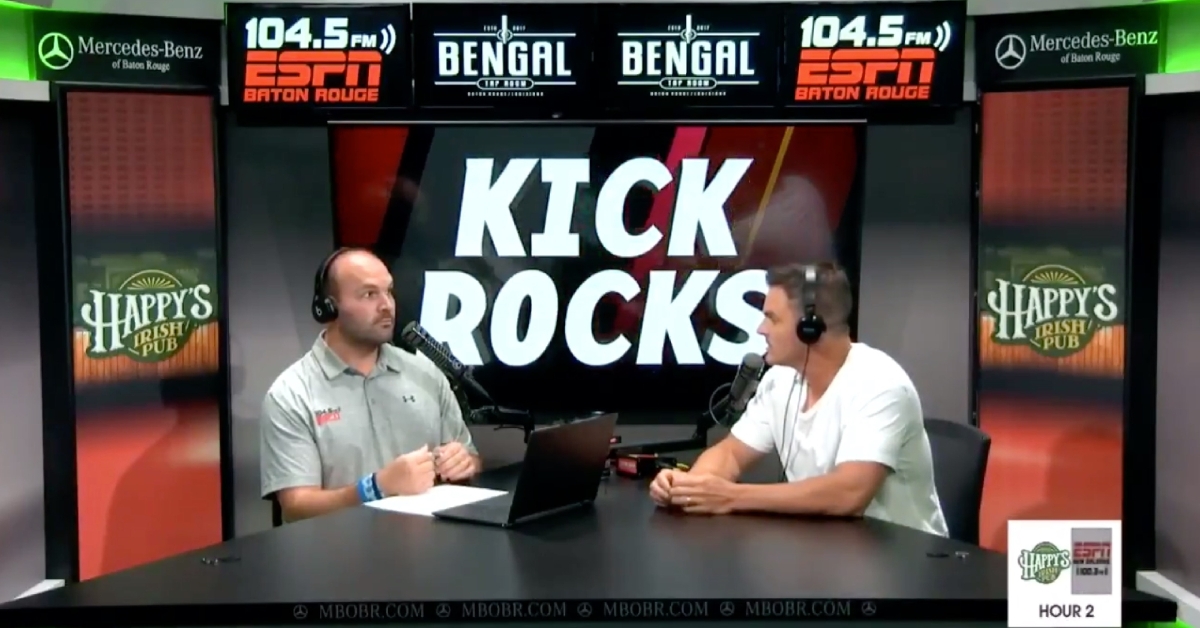 BATON ROUGE, La. — Retired MLB infielder Ryan Theriot played for the Chicago Cubs from 2005-10 and was a valuable contributor to the 2007 and 2008 Cubs teams that won the National League Central. Interestingly, Theriot went on to finish his career by serving as a role player for the 2011 St. Louis Cardinals and 2012 San Francisco Giants, thus resulting in him earning two World Series rings in his final two seasons.

However, Theriot, a Baton Rouge, La., native who was a standout infielder with the LSU Tigers prior to becoming a professional baseball player, experienced his best big-league years with the Cubs. That did not stop Theriot from calling out the North Siders on his 104.5 ESPN podcast. Theriot co-hosts The Riot Podcast on ESPN Radio's Baton Rouge affiliate, and he recently discussed Cubs manager Joe Maddon being on the hot seat.

In a segment entitled "Kick Rocks," Theriot said that the Cubs "can kick rocks" when providing a passionate defense of Maddon, whom he never even played for. Theriot opined that Maddon brought the Cubs back to championship-level heights that the franchise had not previously experienced since the early 1900s. While doing so, Theriot took somewhat of a shot at former Cubs skipper, Lou Piniella, who managed the Cubs from 2007-10, by claiming that the Cubs never had leadership that could get them "over the hump" during his Cubs tenure.

Theriot's monologue basically transitioned from one hot take to another from start to finish. He even claimed that the Cubs should give Maddon a lifetime contract, simply because, in 2016, he led the Cubbies to their first World Series title in over a century. Theriot's co-host, Matt Moscona, adding nothing to the conversation outside of reminiscing about falling asleep toward the end of Game 7 of the 2016 Fall Classic and interrupting Theriot in order to randomly list former Cubs players. The lighthearted segment was fitting for a podcast and probably should not be taken too seriously, but Theriot's remarks were bold, nonetheless.