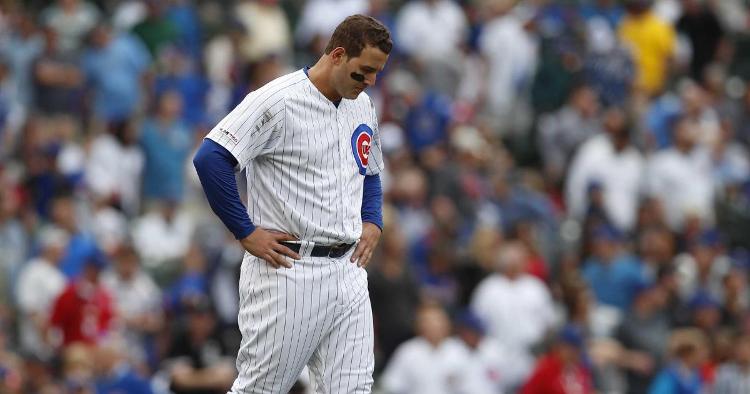 MLB and the MLBPA had a rough time until recently as they have agreed to put their differences aside to have a shortened 60-game season during this COVID-19 pandemic.

However, it was not lost on baseball fans and even Cubs star Anthony Rizzo how bad it looked as private negotiations were publicly leaked through the media constantly.

"It's just flat-out embarrassing for me to be searching through Twitter and seeing the updates because that's how fast they got out there," he told reporters Friday. "There's a lot of leaks on the major-league side. It seemed like there were leaks whenever we sent in a proposal, to the point where it kind of turned into a joke with the media battle."

Rizzo didn't mince words understanding MLB and its players fighting over money during a pandemic is not ideal.

"With such a strong game and such a rich history, I would hope to see in the future that we keep things internal because I just think that when we're going through a pandemic like this, and you have the billionaires fighting with the millionaires, it's not a good look," he said. "But when it's all said and done and baseball's on the field, and we play with our emotion like we know how to do, that's how we're gonna capture a new fan base through this tough time."

Good job by the unofficial captain of the Cubs speaking out, hoping that that future negotiations are more professional going forward.