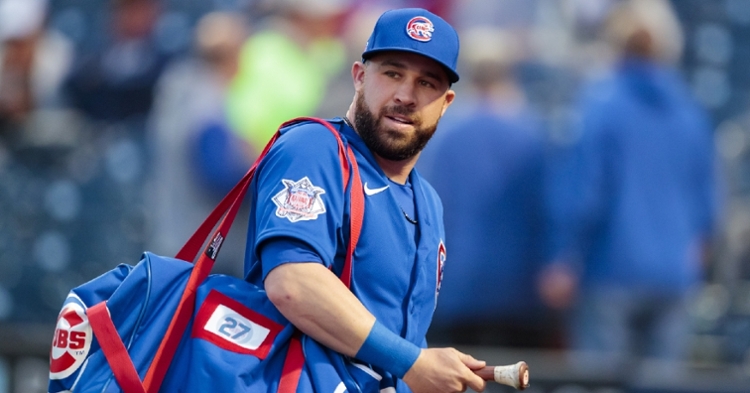 CHICAGO – The Chicago Cubs today selected the contract of infielder Jason Kipnis from the Triple-A Iowa roster. Additionally, the Cubs have sent a cash consideration to the San Diego Padres in exchange for the rights to right-handed pitcher Trevor Megill, who has been outrighted off of the 40-man roster and assigned to the club’s South Bend Summer Camp Site. Megill was selected by the Cubs from the Padres in last December’s Rule 5 Draft.

Chicago’s 40-man roster remains at 40 players and its 60-man player pool remains at 57 players: 39 at Wrigley Field and 18 at South Bend.

The #Cubs today made the following roster moves:

Top Trevor Megill News
Top Chicago Sports News of the Week
Partner of ChicagoBearsHQ.com, ChicagoBullsHQ.com, CubsHQ.com, and TigerNet.com
ChicagoSportsHQ is an independent site and is not affiliated in any way with Chicago Professional Sports Teams.