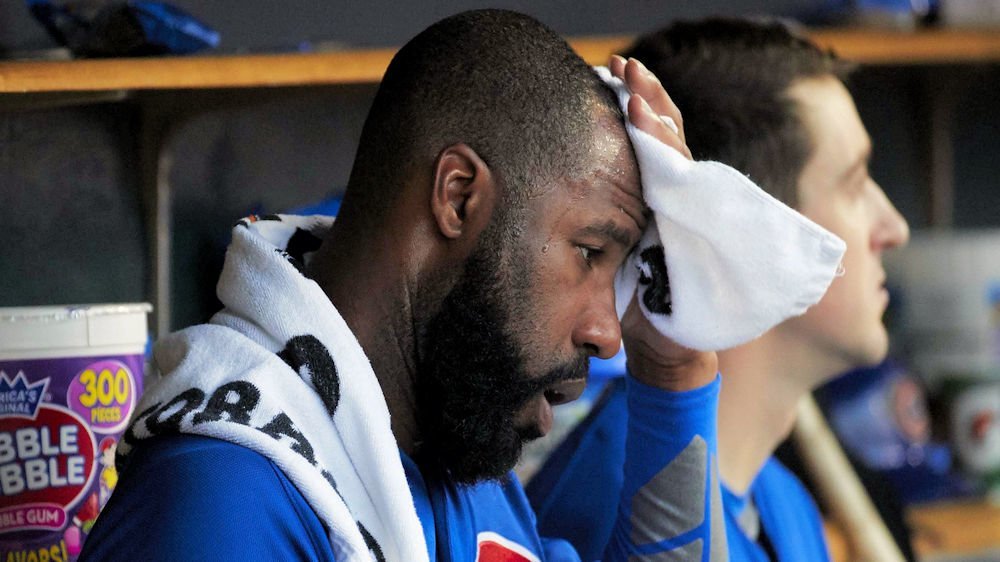 Chicago Cubs right fielder Jason Heyward was pulled from the lineup because he was feeling under the weather. (Credit: Rick Osentoski-USA TODAY Sports)

CHICAGO — Between innings on Sunday, Chicago Cubs right fielder Jason Heyward was removed from the lineup because he was reportedly feeling under the weather. A team spokesman told the media that Heyward was "not feeling well," so Cameron Maybin replaced him in right.

"J-Hey" struck out swinging in the bottom of the fourth of the Cubs' clash with the St. Louis Cardinals, but he did not take the field in the top of the fifth. Any ailment that Heyward might have had entering the contest could have been exacerbated by the windy conditions at Wrigley Field on Sunday evening. Hopefully, Heyward will feel better soon and be able to return to action in the near future.

Cameron Maybin is in for Jason Heyward in right field here in the 5th inning. No update from the Cubs yet on the reason. Stay tuned.

Cubs announce that Jason Heyward exited the game due to "not feeling well."