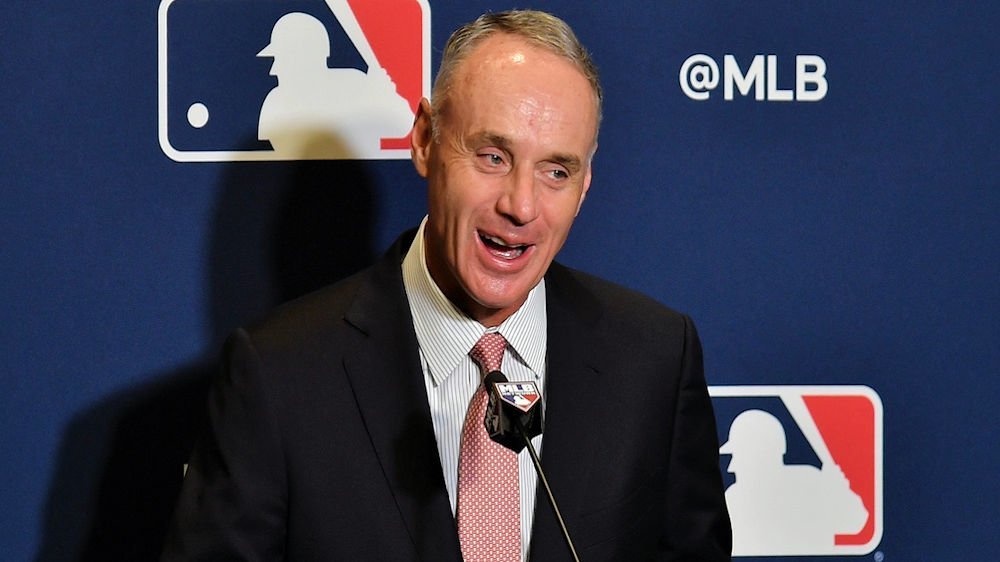 Manfred had to backtrack on Tuesday by publicly apologizing for calling a World Series trophy a 'piece of metal' during a recent ESPN interview.

“I referred to the World Series trophy in a disrespectful way, and I want to apologize for it,” Manfred said in a press conference Tuesday. “There’s no excuse for it. ... It was a mistake to say what I said.”

Veteran Chicago Cubs pitcher Jon Lester heard about the tone-deaf remarks by the commissioner and had the following to say to reporters at camp on Tuesday afternoon.

“That’s somebody that has never played our game," he said. "You play for a reason, you play for that piece of metal. I’m very proud of the three that I have. If that’s the way he feels, then he needs to take his name off the trophy."

Lester doesn't want Manfred to sully achievements that mean a lot for people in baseball.

“I’m proud of them," he said about his titles. "That’s a lot of years, a lot of hard work. You can’t just bring it down like that.