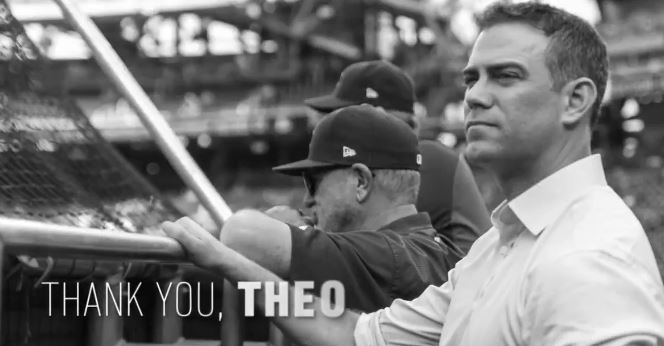 Theo Epstein is a future Hall of Famer

Today is the last day that Theo Epstein will be the President of Operations for the Chicago Cubs.

It was an epic nine-year run as he helped break the title curse and gave a championship to Cubs fans that had waited over a century for one.

Cubs Productions released a heartwarming video of his time in Chicago narrated by the man himself.

CubsHQ would like to give our congratulation to Epstein on a great run with the Cubs and best of luck in your future endeavors!