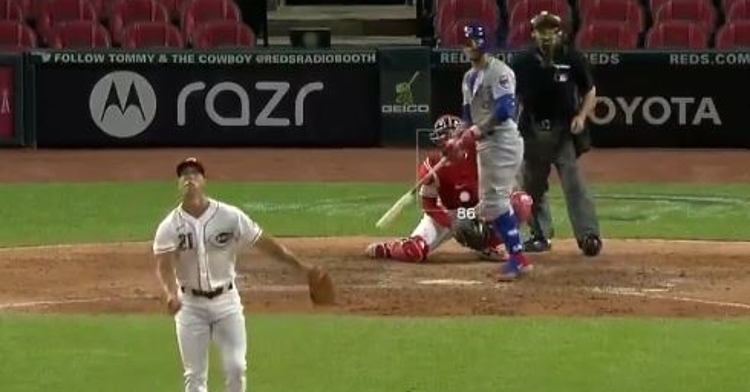 El Mago is having a very memorable game on Tuesday night.

Cubs shortstop Javier Baez smacked his second homer of the game to center field to put the Cubs up 8-3 in the ninth inning against the Reds.

It was his second homer of the game and he also had a double and some slick fielding and baserunning during the contest.

After the second homer, his average is now up to .279 and he appears to have his timing now on his at-bats.

Check out his 2nd homer below:

Ope, Javy got another one. pic.twitter.com/DvLNrTtAvp

Another view of the homer:

Seat view of the homer:

Have a night, @javy23baez! 2nd homer of the night & season. #Cubs pic.twitter.com/Vi6ZTCDr1U

Video of his first dinger: