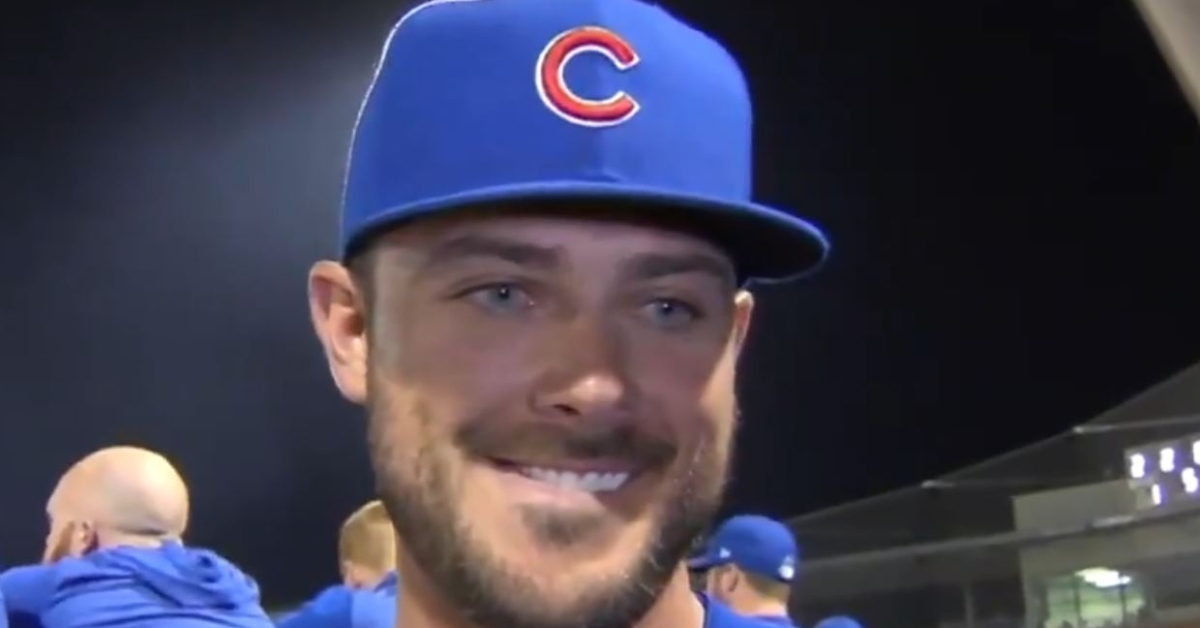 The trade rumors had been difficult for Kris Bryant to deal with this offseason.

However, it has not dampened the excitement that Kris and his wife Jessica are having as they expect their first child, a baby boy, due sometime in April.

Bryant was interviewed during Friday night's game against the Padres about him soon becoming a dad.

Priorities in life are so important, and I'm glad to see that KB has his family No. 1.

In-game interview with KB, when asked about hitting leadoff, he gave the typical boring KB response, but threw in there, "thankfully I don't have to run in all the way from the outfield."

Which I've been saying for 5 freaking years now. STOP JACKING HIS POSITION AROUND. @Cubs pic.twitter.com/wzJtswgbUC

Bryant is using a blue glove to celebrate his future son:

Did you know @Cubs superstar 3rd baseman and 2016 NL MVP Kris Bryant is using a baby blue glove to celebrate the gender of he and his wife's upcoming first child! #ItsABoy#GenderReveal #GoCubsGo pic.twitter.com/n7vSeJz1vF