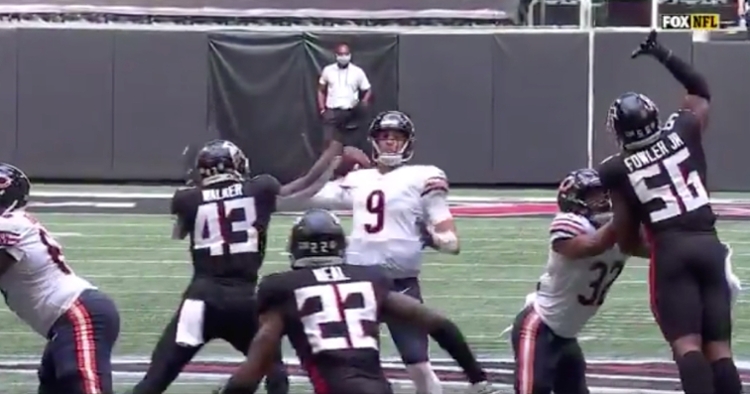 Nick Foles threw three touchdown passes after taking over for Mitchell Trubisky in the second half.

ATLANTA — The Atlanta Falcons suffered their second consecutive epic meltdown on Sunday, and the Chicago Bears inserting quarterback Nick Foles into the game in the second half was the primary contributing factor. Foles replaced Mitchell Trubisky and led the Bears on an impressive Week 3 comeback, as they outscored the Falcons 20-0 in the fourth quarter.

Chicago won 30-26, and the winning touchdown came on a dime of a pass made by Foles while getting hit. Under pressure, Foles found wideout Anthony Miller open over the middle, and Miller, who dropped a touchdown pass earlier in the game, came through. The 28-yard score put the Bears ahead for good, as the Bears improved to 3-0 via the come-from-behind victory at Mercedez-Benz Stadium.