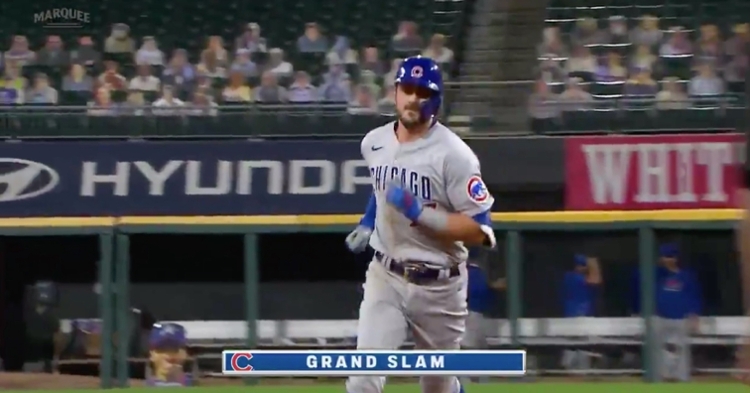 CHICAGO — In his first game back from injury, Chicago Cubs third baseman Kris Bryant made a splash with a two-out grand slam, the fifth grand slam of his career. Bryant, who channeled teammate Anthony Rizzo by sporting gold chains on Saturday, missed the previous four games with an oblique injury suffered on Monday, and he lofted an impressive grand slam to put the Cubs up 5-2 over the Chicago White Sox in the top of third.

Sailing 419 feet just inside the foul pole in left field, the towering grand slam at Guaranteed Rate Field boasted a launch angle of 36 degrees. Bryant's third home run of the year, the grand slam nearly doubled Bryant's RBI total, increasing it to nine. Dane Dunning was unable to escape the bases-loaded situation, getting taken deep by Bryant on a first-pitch slider.

When your boy hits a grand slam! pic.twitter.com/HSAW0BZIUU

Kris Bryant pulls out the two chains after hitting a grand slam in his first game back. He’s getting that swagger back.