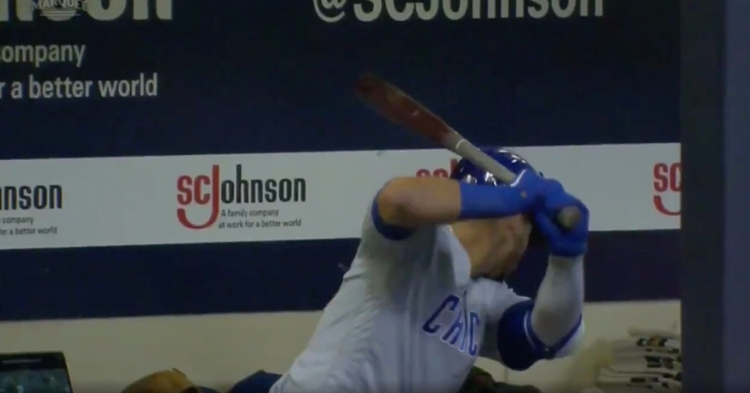 Cubs catcher Willson Contreras took a swing at the dugout bench after striking out to become 0-for-3 in the game.

MILWAUKEE — On Friday, Chicago Cubs catcher Willson Contreras cooled off after going 4-for-4 at the plate the previous night. Contreras struck out in the top of the ninth at Miller Park, making him 0-for-3 on the evening, and took his frustration out on the dugout bench.

Milwaukee Brewers reliever Josh Hader, who has a knack for mowing down the Cubs' batting order, struck Contreras out swinging to kick off the ninth frame, marking Contreras' second strikeout of the evening. The score was tied 0-0 at the time and remained that way after Hader pitched a 1-2-3 inning. Contreras was irked after going down swinging, and he let it show by taking a hack at the bench in the Cubs' dugout.