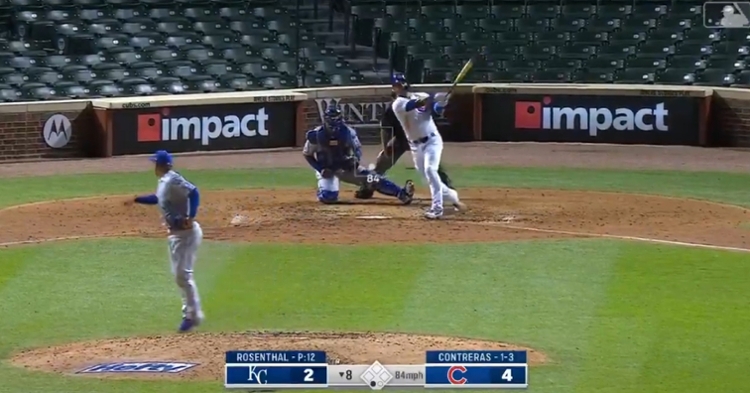 A solo shot by Willson Contreras that effectively provided the Cubs with an insurance run proved to be the de facto winning hit.

CHICAGO — Hitting what essentially proved to be the winning home run, Chicago Cubs catcher Willson Contreras homered in the bottom of the eighth on Tuesday. Taking Kansas City Royals reliever Trevor Rosenthal deep, Contreras increased the Cubs' lead to 5-2 via the solo blast.

Contreras' second homer of the season carried 422 feet out to left-center. The two-out blast proved critical, as the Cubs gave up two runs in the top of the ninth before hanging on for a 5-4 victory at Wrigley Field. Therefore, the long ball from Contreras was the de facto winning hit.