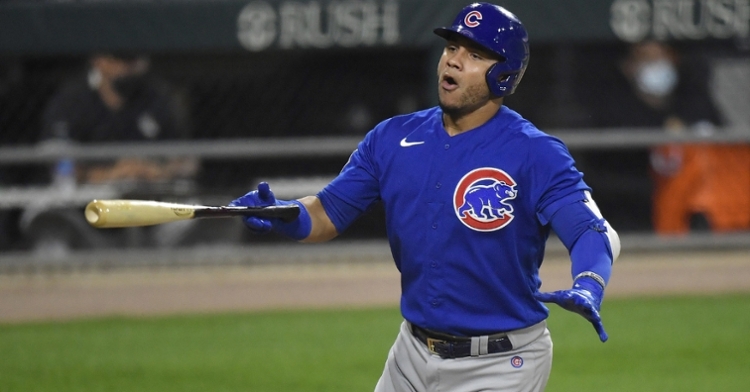 The Chicago Cubs snapped out of their mega slump offensively with a resounding 10-0 win over the White Sox on Friday night.

Cubs catcher Willson Contreras smacked two homers on the night but made national news when he threw a batflip up in the sky which video of it went viral.

Contreras was hit by a pinch as White Sox pitcher Jimmy Cordero was ejected in the seventh inning for the beaning.

"I knew it was coming," Contreras told the media during a postgame Zoom session. "I have no regrets, zero regrets. Once they hit me, I don't think that's the smartest thing to do. He got thrown out. And who knows if he's going to get suspended?"

Contreras said that he won't change his style.

"I'm not going to change anything," he said. "I play hard for my team. I always want to do the best for my team. But if they don't like me, that's fine. I don't play for other teams to like me, anyways. And if I have to do it again, I will do it again."

Tonight's crosstown matchup should be very interesting as the Cubs magic number is only one to clinch the National League Central division.

Get on the bus. pic.twitter.com/2gEvn4yQ5L