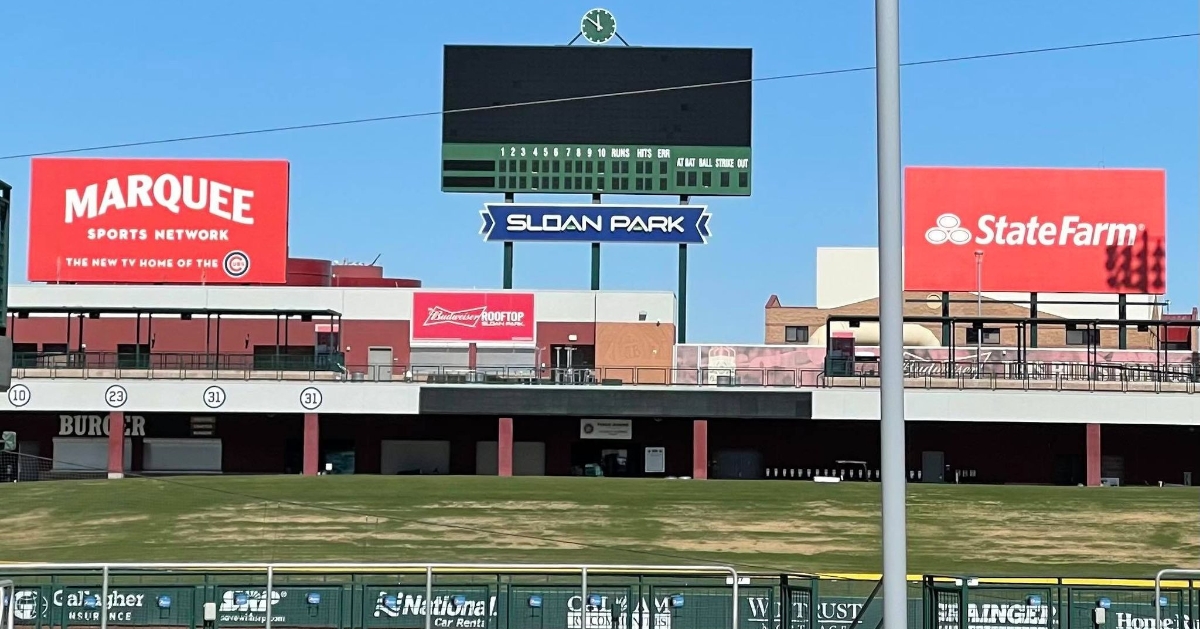 CHICAGO – Major League Baseball and the Chicago Cubs today announced their tentative 2023 Spring Training schedule, which begins on Saturday, February 25 at Sloan Park with the club’s home opener against the San Francisco Giants and concludes against the Chicago White Sox at Sloan Park on Tuesday, March 28.

The club’s tentative 33-game schedule includes 18 games at Sloan Park and 15 Cactus League road games. Additional games may be added in the future.

The Cubs and White Sox play four times next spring – March 10, March 27 and March 28 in Mesa and March 17 in Glendale as part of a St. Patrick’s Day split-squad with the Dodgers. The Cubs are also scheduled to host a World Baseball Classic team, to be determined at a later date, March 8 at Sloan Park.

All Cubs home games have scheduled start times of 1:05 p.m. except Tuesday, March 14 vs. Colorado, which is scheduled for 6:05 p.m., and Tuesday, March 28, slated to begin at 12:05 p.m. All home game times listed are Arizona time and subject to change.

Individual game tickets for 2023 Chicago Cubs Spring Training games at Sloan Park are scheduled to go on sale Saturday, January 7, 2023. Fans may direct additional Spring Training questions via e-mail to mesa@cubs.com or via telephone at 1-480-668-0500.