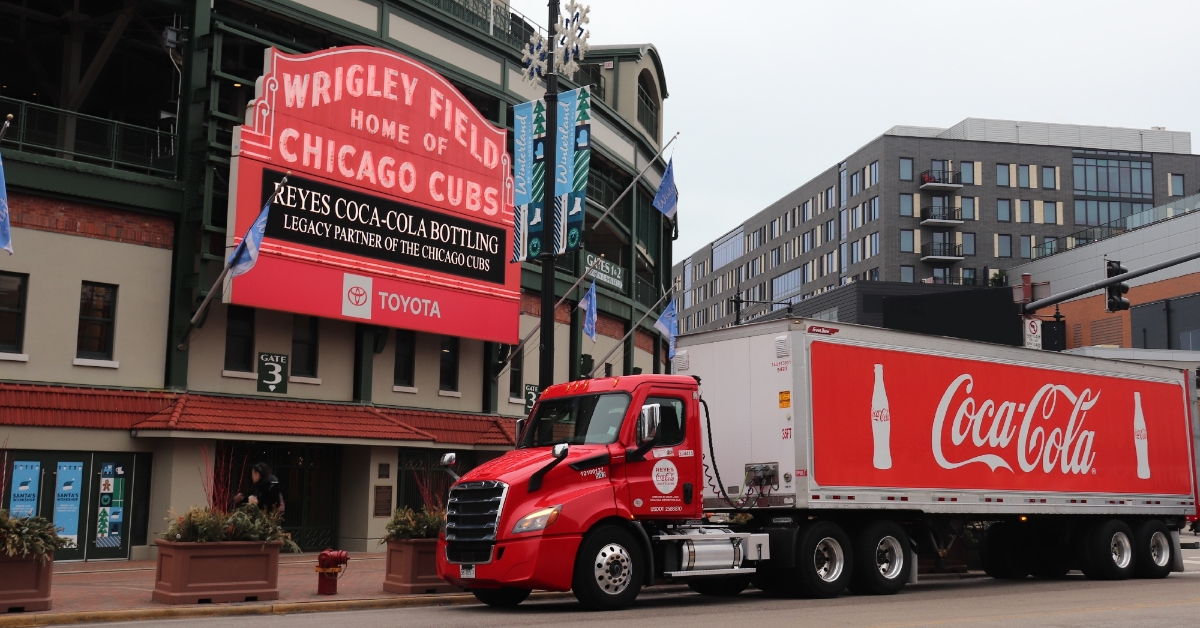 CHICAGO – The Chicago Cubs today announced Reyes Coca-Cola Bottling as a new Legacy Partner, establishing Coca-Cola as the Official Fan Refreshment of the club, Wrigley Field and Sloan Park. With this new partnership, fans will be able to enjoy an assortment of Coca-Cola products at Gallagher Way beverage stands, at all Sloan Park general concessions during Spring Training starting Saturday, February 25, and at all Wrigley Field general concessions as of Thursday, March 30. Coca-Cola was originally sold and advertised at Wrigley Field from 1927-81.

With Reyes Coca-Cola Bottling’s exclusive rights to the soft drink and water category, fans will be able to enjoy Coca-Cola products including but not limited to: Coca-Cola®, Coca-Cola® Zero Sugar, Diet Coke®, Sprite®, Minute Maid® Lemonade, DASANI® and smartwater®. In-ballpark signage, advertising and in-game activations will highlight the Coca-Cola brand and products throughout both ballparks and at Gallagher Way. In addition, Reyes Coca-Cola Bottling will run retail promotions providing fans with the opportunity to win game tickets, pregame access, on-field experiences and much more.

“We are proud to welcome Coca-Cola back to Wrigley Field and to begin a new tradition at Sloan Park and Gallagher Way,” said Cubs President of Business Operations Crane Kenney. “After being served at Wrigley Field for over 50 years, this long-term partnership reconnects two iconic American brands, providing Cubs fans with an array of great beverage choices.”

“We are thrilled to partner with the Chicago Cubs to bring fans the beverages they know and love,” said Pat Witte, Chief Customer Officer – Midwest Region for Reyes Coca-Cola Bottling. “With solid roots in Chicago, we have a long history of serving our brands to the community and are delighted to continue doing so with the Chicago Cubs organization.”

Cubs and #CocaCola in perfect harmony.

Returning to the Friendly Confines this year. pic.twitter.com/JXQWAPfJYI