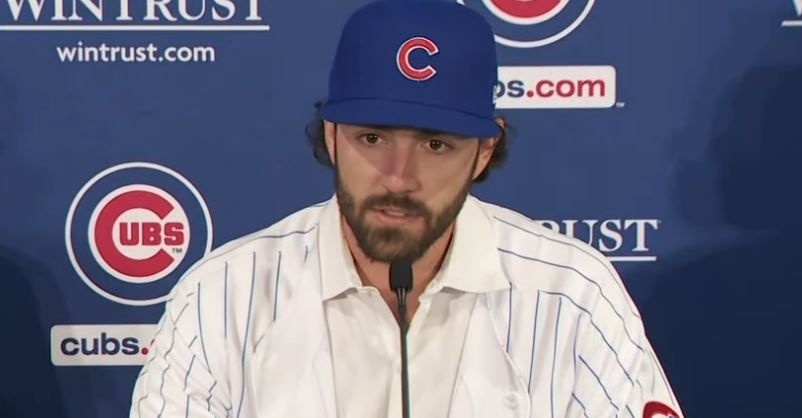 CHICAGO – The Chicago Cubs today agreed to terms with shortstop Dansby Swanson on a seven-year major league contract. Terms of the deal were not disclosed.

Swanson, 28, last season was named the N.L. Gold Glove Award winner at shortstop and made his first career N.L. All-Star Game, hitting .277 (177-for-640) with 99 runs scored, 32 doubles, one triple, 25 home runs, and a career-high 96 RBI and 18 stolen bases in a major league-best 162 games for Atlanta. He became the first MLB player to start all 162 games at shortstop since the Royals Alcides Escobar in 2017 and the first N.L. shortstop since the Cubs Starlin Castro did so in 2012. According to Fangraphs, Swanson’s 6.3 WAR was second among major league shortstops, trailing only the Mets Francisco Lindor (6.8), and his .986 fielding percentage (8 E/592 TC) was second among shortstops with at least 1,100 innings.

In 2021, on the way to helping the Braves to the World Series championship, Swanson hit .248 (146-for-588) with 33 doubles, two triples, a career-high 27 home runs and 88 RBI in a N.L.-leading 160 games. His 27 home runs set the Braves single-season record for a shortstop while his .982 fielding percentage (10 E/571 TC) ranked fourth among N.L. shortstops. Swanson batted .224 with two home runs and four RBI in 16 postseason games, and delivered a game-tying home run in World Series Game 2, becoming the third Braves player to hit a game-tying home run in the World Series.

Selected first overall by Arizona in the 2015 First-Year Player Draft, Swanson was traded to the Braves December 8 of that year in a five-player deal. He made his major league debut in 2016 after just 127 career minor league games, collecting 39 hits in 38 games for Atlanta.

A native of Kennesaw, Ga., Swanson played at Vanderbilt University from 2013-15 and led the Commodores to consecutive College World Series appearances his final two seasons. He helped the school to its first-ever championship in 2014 and was named the Most Outstanding Player of the College World Series.

Swanson, who resides in Nashville, Tenn., is actively involved with the West Nashville Dream Center during the offseason. His wife, Mallory Pugh, is a member of the U.S. Women’s National Soccer team and since 2021 has played with the Chicago Red Stars of the National Women’s Soccer League.

An emotional story on why being a Cub is so important to Dansby. pic.twitter.com/b7ZcRTFS73

"It means the world to me to be able to be here with her."

Dansby Swanson on playing in the same city as his wife, Mallory Pugh. pic.twitter.com/cgz0eIOOz3

The #Cubs today agreed to terms with SS Dansby Swanson on a seven-year major league contract.