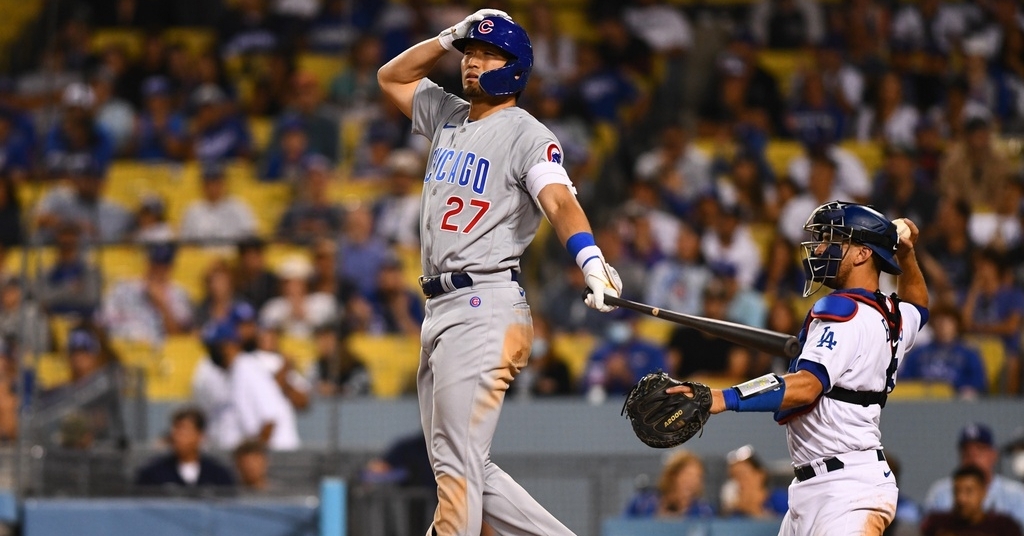 LOS ANGELES - If there were moral victories in sports, the Chicago Cubs (34-51) would be in great shape. Throughout their weekend series with the Los Angeles Dodgers (55-29), this team has not only shown heart, but has shown the ability to play with this team for virtually all nine innings.

The problem is that the Dodgers are at one level, and the Cubs are at another, which is why Los Angeles is 6-0 against the Cubs this season. However, unlike when they went to Wrigley Field and bludgeoned the Cubs to death, this time around, it has been the Cubs pen that has let them down as they wasted another strong pitching performance from Marcus Stroman to fall 4-2 late.

It is starting to get frustrating if you are a Cubs fan watching these games, but those same fans should at least be encouraged by what they have seen against the Dodgers. When it comes to Stroman, the right-hander has had a miserable first year in Chicago and was making his first start in over a month since landing on the IL.

Although limited to what he would bring, Stroman was solid as he gave the Cubs four scoreless innings and came away with three strikeouts. He needed to be at his best as the Dodgers were sending Clayton Kershaw to the mound as he continues to look like the Kershaw of old this season.

Not only did the lefty get through 7 2/3 innings, allowing just two runs with one of them earned, but he also struck out 10 hitters, with a large chunk of those coming across the first few innings. This is just one of the many reasons why the Dodgers are the favorites to come out of the NL this season. They virtually have no holes, and the one they do have will be addressed by the end of this month.

Both pitchers came out firing to open the game, with Kershaw striking out the side in the first and Stroman allowing limited baserunners early. There was a reason there was no score through four innings as both of these men were on top of their game and making life miserable for each other's offensive side.

That scoreless game ended in the fifth when the Cubs finally got to Kershaw. Not only did Seiya Suzuki pick up his second hit with a leadoff single, but Nico Hoerner followed that up with a double as the Cubs had runners on second and third and no outs. Hoping to come away with multiple runs, the Yan Gomes sacrifice fly put them in front 1-0, as that was the lone run that Kershaw would allow that inning.

With Stroman now out of the game, the Cubs bullpen would be tasked with trying to contain this Dodgers offense for the better part of five innings. Brandon Hughes was the first out of the pen and did his job in the fifth before giving the ball to Scott Effross in the sixth. After allowing a one-out double to Trea Turner, Effross allowed the tying run as Will Smith picked up an RBI single to make things 1-1.

That run didn't deter the Cubs from battling as they opened the top half of the seventh with a Patrick Wisdom double as the offense was set up for success again. Wisdom would later be involved in a controversial play at third, where upon replay review, it was ruled that he did steal third. Los Angeles followed that up with a costly error allowing him to score as the Cubs took the 2-1 lead into the bottom of the seventh.

At some point this season, the Cubs need to face the fact that this league is a what have you done for me lately league and not what have you done in the past. For Rowan Wick, that time is coming as his rough season continued on Saturday. Not only did he allow a game-tying homer to Jake Lamb to begin the bottom of the seventh, but he was charged with three earned runs in that inning to raise his ERA to 5.31 on the season.

That homer was followed by singles from Gavin Lux, Cody Bellinger, and Mookie Betts as the Dodgers had the bases loaded and just one out. On the verge of getting out of that inning without further damage, Freddie Freeman cashed in as his RBI single put the Dodgers in front for good 4-2.

Hoping to make something happen in the ninth inning, it was up to the Cubs to solve Craig Kimbrel as they made him work in his first appearance in this series. Despite a leadoff walk to Wisdom, Kimbrel was locked in picking up a pair of strikeouts and retiring the next three hitters to secure the save and preserve the Dodgers 4-2 win. Suzuki led the way with two of the team's five hits as he was joined by Wisdom, Hoerner, and Christopher Morel, who all had one hit.

Top Marcus Stroman News
Top Chicago Sports News of the Week
Partner of ChicagoBearsHQ.com, ChicagoBullsHQ.com, CubsHQ.com, and TigerNet.com
ChicagoSportsHQ is an independent site and is not affiliated in any way with Chicago Professional Sports Teams.