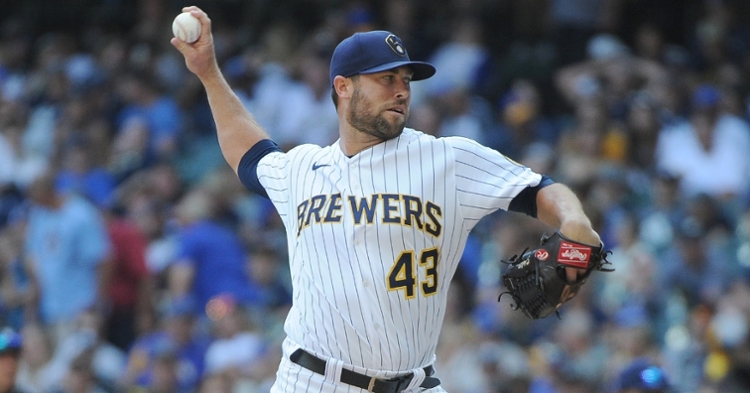 The Chicago Cubs’ 2021-22 offseason has been more eventful than many expected. Marcus Stroman surprisingly penned a big-money deal with the Wrigley Field-based ballclub, setting up the Cubs offseason for further intrigue after the lockout.

A quick glance at MLB Vegas odds shows that 2022 isn’t likely to be a competitive year for Chicago. The rebuild began at the 2021 trade deadline with Javier Baez, Kris Bryant and Anthony Rizzo all traded away for young talent. Where such deals have led to years in the doldrums for other franchises, the Cubs could shorten this period of non-competitive baseball by some smart offseason moves.

Chicago has numerous offseason needs in 2022. A new shortstop is the most pressing of those concerns, while bolstering the bench and bullpen has to be a priority, too.

Here are three free agents who should be targets in the 2022 Cubs offseason.

Hunter Strickland is a long way down the list of available free agents. He had a mixed 2021 season, splitting time between the Rays, Angels and Brewers.

The messy stint with the Angels dragged down Strickland’s numbers. He was lights out with Tampa Bay and Milwaukee, continuing the increased slider usage we saw in 2020. Strickland was elite at limiting hard contact (97th percentile in hard hit rate) and his strikeout rate was the best it has been over a full campaign since his rookie year.

There was some batted-ball luck in his 2.61 ERA for the year, but Strickland is still potentially a good value free agent addition in the Cubs’ 2022 offseason.

Likely available on a one-year pact, Strickland would help an inexperienced ‘pen and could return a prospect at two at the deadline.

Batting pretty much to his career numbers with a 90 OPS+ in 2021, José Iglesias isn’t the sort of hitter to get the Wrigley Field faithful excited, but he’s a solid option at shortstop with the Cubs unlikely to be in the mix for Trevor Story or Carlos Correa.

While he finished last season strongly at the plate with Boston, Iglesias’ value is primarily in his glove. He ranked in the 74th percentile in outs above average. There are no signs of physical decline, suggesting he can maintain those defensive standards.

He could start at short or he can be a backup infielder off the bench. There’s nothing to lose by giving Iglesias a cheap, one-year deal.

Jonathan Villar is probably going to get two or three years when free agency resumes. The former Oriole can play shortstop, second or third. He’d be an everyday player for Chicago, but his versatility would give them plenty of lineup options.

It’s impossible to know how Patrick Wisdom and Nico Hoerner will perform in 2022. Adding another infielder is a must for the Cubs, and there are few better candidates than Villar, who has batted as an exactly league average hitter over the past three seasons.

Villar has also recorded 70 stolen bases and 44 homers over that span. That versatility, power and speed will make Villar a useful trade asset if Chicago is sellers again at the deadline.