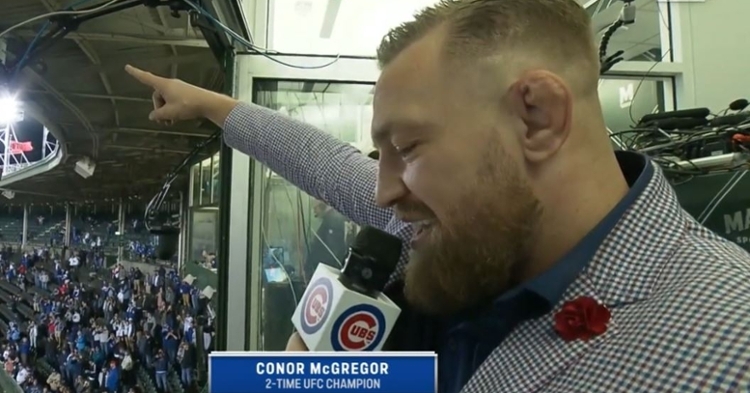 McGregor had a fun night at Wrigley Field

Quite a memorable day at Wrigley Field possibly for the wrong reasons.

McGregor was able to throw out an ugly pre-game first pitch to Patrick Wisdom that almost hit people and then sang a terrible and migraine-inducing version of the seventh-inning stretch.

Some Cubs fans booed him after his singing performance.

Check out his singing if you dare:

Conor Mcgregor singing take me out to the ballgame at Wrigley Field. Enjoy. pic.twitter.com/4ijcvRPNNw

No one could’ve predicted that Conor McGregor would abuse the 7th inning stretch lol #Cubs pic.twitter.com/PlpLlNxnFl