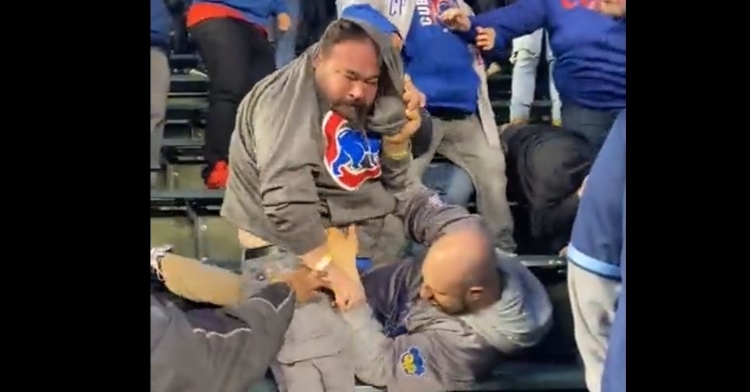 The Bleachers had an ugly scene late on Tuesday night

It was a tough night for Northsiders in game one of the Crosstown Series as the White Sox won 3-1 against the Cubs on a chilly and rainy night.

A few fans (who likely had a few beverages) decided to go after each other in the Wrigley Field bleachers during the contest.

Sadly, it was mainly two Cubs fans going at it which is a bizarre sight to watch. Usually, you would think it would be two fans from the rivalry teams.

The brawl was just as much action on the field as you can see in the following video.

Warning: There is a lot of swearing in the video as parental guidance is advised: