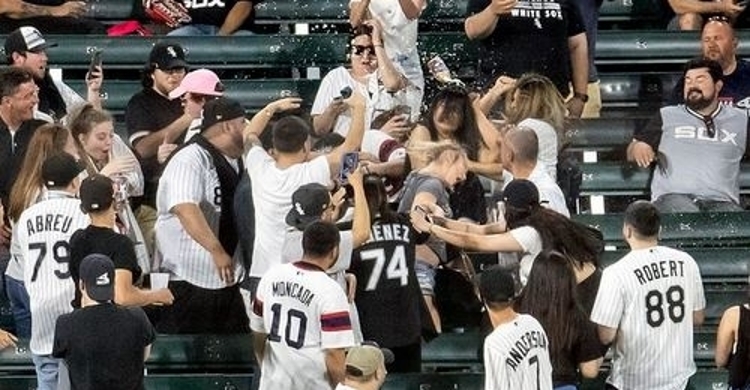 The Chicago White Sox got the 5-1 victory against the St. Louis Cardinals at Guaranteed Rate Field on Monday night.

However, some of the most noteworthy hitting on the night was a brawl that broke out in the ninth inning with several fans in the stands.

There were several videos on social media that captured the slugfest between the fans that lasted over two minutes.

Eventually, the security got it all under control from the rowdy and likely drunk patrons.

Told ya’ll, the bleachers ain’t for the weak?? pic.twitter.com/ymEiSYEG7w

Here is the full two-minute clip of the incident: