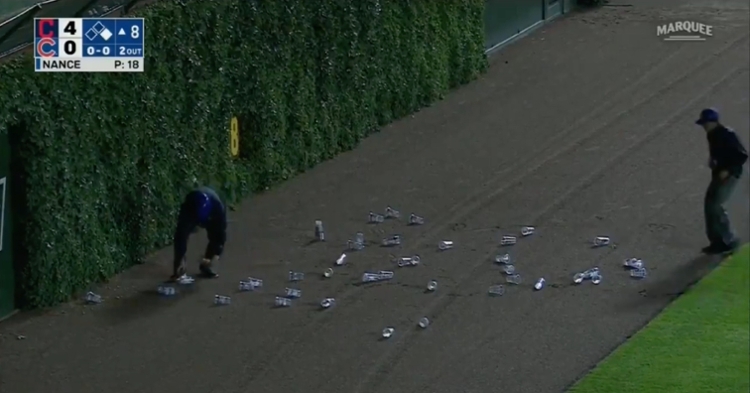 A brief delay in the action at Wrigley Field on Monday night was caused by "beer snake" cups falling onto the field.

CHICAGO — Chicago Cubs fans recently went viral for forming a ridiculously long "beer snake" in the Wrigley Field stands. However, the cup-stacking bonanza that has overtaken the Friendly Confines since the ballpark returned to full capacity took a sad turn on Monday night, as a beer snake blunder resulted in the game being delayed for a few minutes due to a required clean-up.

As if the situation was not already bleak enough for Cubs fans with the North Siders trailing the Cleveland Indians 4-0 in the top of the eighth, their reputation as elite cup stackers was hindered by a bevy of plastic cups falling onto the warning track in right field. Members of the grounds crew quickly gathered up the cups while fans in other sections booed the fans responsible for the spillage, and play then resumed with one fewer beer snake winding its way through the bleachers.