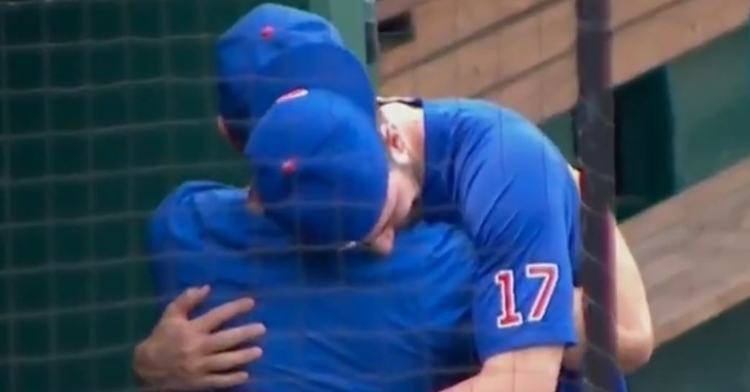 Kris Bryant is now with the Giants

It's the end of an era if you are a Cubs fan.

The core of Javy Baez, Kris Bryant and Anthony Rizzo were all traded away within the last 24 hours.

Bryant was traded to the Giants minutes before Friday's deadline as he was preparing to play for the Cubs against the Nationals tonight.

In the following video, Bryant hears on the phone that he has been traded and hugs goodbye to a coach.

He then gets pretty emotional and sheds a few tears knowing that he is no longer a Cub.

Best wishes to 'KB' as he was one of my favorite players to cover while working daily for CubsHQ!

The moment Kris Bryant was traded. He was crying. What an emotional moment. pic.twitter.com/0cSnTfSh71